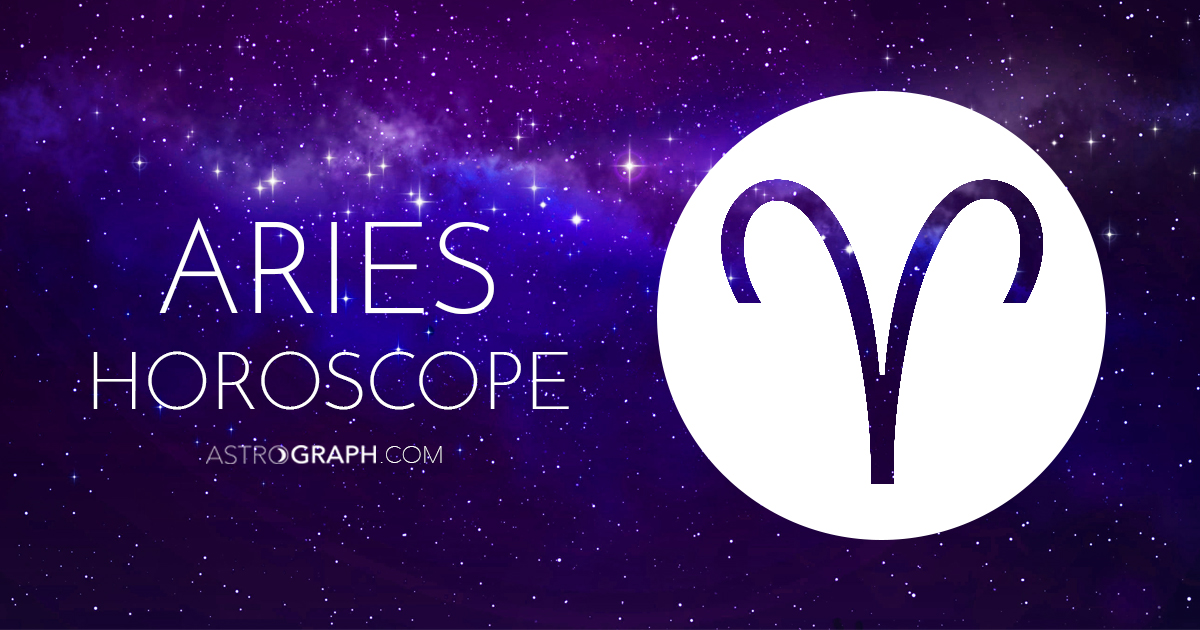 Posted on November 30, 2021 in Aries |
By Henry Seltzer and Elodie St-Onge-Aubut for ASTROGRAPH Horoscopes

This is a strange and powerful month of December for you, Aries, to end a somewhat difficult year. All the outer planet archetypes are triggered in one way or another, implying strong currents of transformational energies that are available to you for good or for ill, depending on how you take them and where you go in reaction to whatever events come down. There is a potent push-pull between stodgy Saturn and progressive Uranus that affects your attitude for future plans and societal goals unfolding, requiring you to strike the appropriate balance rather than being driven too far toward either side. There is tremendous optimism available for striking out into new pathways, which could lead to spiritual successes, although you will still want to tread carefully and retain rather than burn old bridges. Relationship proves transformational in this quest so that you do not benefit particularly from attempting to go it alone. You are in fact likely to be revising your concept of partnership in the process of your continued evolutionary progress toward a more mature and ultimately wiser sense of self.

The astrology for the month of December begins with a Solar Eclipse New Moon in Sagittarius, taking place late night of the 3rd or early on the 4th,, the last one of a series that have occurred on the Gemini/Sagittarius axis since the beginning of 2020. This is a significant New Moon with effects that last for six months, and features a conjunction of the Sun and Moon with Mercury, implying communication with others and mental activities of all kinds. You might find yourself thinking about the value of partnership in your life, or about making shifts in your activities along the lines of where your true values lie, spurred on by information from helpful partners. Eclipses tend to bring a change of narrative over a period of time. This gradual shift may have brought the opportunity to learn new skills and expand your horizons. The emphasis of planets transiting in Sagittarius in the eclipse configuration will highlight your learning journey in unexpected ways.

You could feel unusually ambitious during the first full week of December. Mars, your sign’s ruler, highlighted in Scorpio being sextile Pluto in Capricorn from the 5th to the 7th could help you find the right people to support your ideas and depth of purpose. On the 7th, Mercury in Sagittarius squaring Neptune in Pisces could also bring a tendency to fantasize or not see reality for what it is. On the other hand, your ability for big-concept ideas and long-term planning could be increased thanks to Mars also squaring Jupiter in Aquarius. Trust your intuition and follow the golden thread, it may lead you to uncharted territories down the road.

Beginning on the 8th, Venus conjunct Pluto in Capricorn is an aspect that will be exact for nearly the whole month of December, through to the 28th. This powerful energy likely brings up a revision of your goals and your overall life direction. This aspect could bring anxiety but looking past that, will also alert you to necessary changes that you need to make. Your values could be changing at this time and you may be prompted to let go of self-limiting ideas surrounding success. Through December, you may feel a powerful incentive to change the direction of your career or at least assess where it is heading.

Mars’s entry into Sagittarius on Monday the 13th is accompanied by Mercury’s into Capricorn. This third week of the month therefore emphasizes new possibilities that could be emerging for you in the coming weeks. You may be on the move or busy networking for most of December and keeping your options open will ensure the best possible outcome.

The Full Moon in Gemini takes place on the evening of the 18th, or early morning the 19th, and highlights your mental dexterity and your ability to hold multiple points of view at once. This may be an excellent time to share your knowledge or exchange ideas with others and you can expect to have many engaging conversations. Mercury in Capricorn squares Chiron in Aries which is stationing direct on the same day, and this could highlight an ongoing process related to your calling, your self-esteem and your sense of purpose. If this brings up feelings of insecurity you could make the effort to finally start to come to terms with these and for finding renewed confidence in your ability to succeed.

Venus also stations retrograde in Capricorn on the 19th within one degree of transformative Pluto, and will be moving retrograde for many weeks, until late January. This all takes place in your vocational sector and could be seen as finalizing a process begun in the second half of 2019. This station of Venus could also signal great changes for you in a particular partnership, or in terms of how you see relationship operating in your life in general. The lessons inherent in this mid-December timing will last. Venus will remain in Capricorn until early March ensuring a thorough house cleaning and the ability to clarify your aim as you reflect on this area of life over the coming months, including your financial and other resources and your values.

Additionally, Mercury in Capricorn trine Uranus in Taurus on the 20th could present you with a nifty idea perhaps leading to an unexpected financial opportunity.

The Sun enters Capricorn on the 21st of December which brings the Winter Solstice in the Northern Hemisphere. This Capricorn Solstice features the Sun sextile Jupiter, and Venus and Pluto in their long conjunction, which makes Capricorn season a busy one for you as these planets transit at the top of your chart in your professional sector. The Solstice also indicates a pattern for the year ahead, which looks to be rather intense, with relationship issues and transformation predominating.

At the same time, the third and final square between Saturn in Aquarius and Uranus in Taurus lasts from the 18th to the 26th, and is exact late on the 23rd. This week of tension between Saturn and Uranus is a culmination of what took place during the entire 2021 year; symbolizing the strong dichotomy that we have been witnessing between the old and the new. On a personal level, you may have been experiencing the pressure of your dreams pressing against your financial obligations without being able to reconcile the two. This will ease in the coming year. However, as the current year comes to an end, you may still be wondering how you can make money while doing what you love.

Jupiter, planet of faith, hope and optimism enters Pisces on the 29th where it will be spending the next four and a half months before it enters your sign in May of next year. Jupiter in Pisces highlights your soul sector and it could be an important transit related to the deeper reorientation process currently occurring within you. A certain amount of soul searching and contemplation might be required before you can actively go after your goals. The end of the year comes with the promises of better days ahead! Your gaze might already be set forward, on your next big dreams.