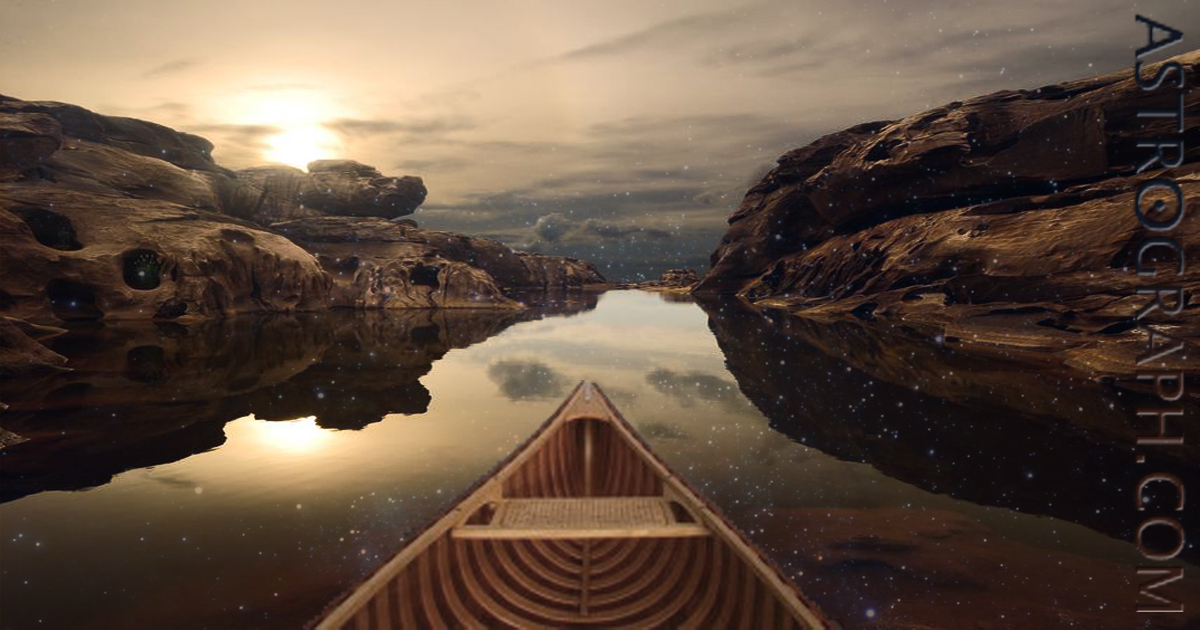 The Blessing and Reevaluation of the Last Quarter Moon

Posted on July 18, 2014 in Configurations |
By Henry Seltzer for ASTROGRAPH Horoscopes

Friday evening's Last Quarter Moon is quite interesting, being by phase a time of reassessment and new direction, and signaling as it does a change of attitude from the recent Mercury Retrograde, as the messenger planet regains its speedy ways and moves further into the sign of Cancer, finally escaping the last dregs of its retrograde shadow. The stodgy and limiting action of Saturn is stronger now as well, because as Saturn slows to a standstill, getting ready to station to normal direct motion on Sunday, the 20th, it is much more powerful. Meanwhile trickster Uranus in close aspect to Saturn is also preparing to station just one day after Saturn does, in this case changing from forward to retrograde motion. The main thing to consider here is that they will each be practically stationary in the sky all weekend long, and in close inconjunct aspect to each other. It is therefore not so good to count on getting anything done in terms of outer achievement, although it is a wonderful time for new visioning and for self-study.

The other important feature of this quarter Moon shift in the energy is that the Sun makes a perfect square to Mars as well, while the Moon opposes him. This indicates that we are raring to go, go, go into the flames of fast action, although simultaneously the brakes are put on all this forward motion. As we look deeply inside, and as we visualize new possibilities for ourselves, represented by Uranus, this conceptualizing and action urge does not easily find its resolution, because there is additionally the competing energy to take everything in slow and in stop mode, as symbolized by an almost stationary Saturn. The presence of Saturn does imply that there will be gains in wisdom and self-understanding through our efforts, as he remains inconjunct to Uranus for many weeks, including the rest of July and most of August.

In addition to Mercury, now in Cancer, Venus moves into this slow and sweet sign too, creating still more shake up and change in the prevailing cosmic patterns. Jupiter is also changing signs, moving into the celebratory energy of Leo. Relationships are very much on our minds now, plus the contrasting impulse to shine forth as individuals. We win when we can balance the energy to strive and the energy just to be, and to explore our connection with one another.

The Sabian Symbols for the Last Quarter Moon add an additional dimension to this. For the Sun, in the 27th degree of Cancer, we have: "A storm in a canyon." This is a symbol for heightened expression of activity, as is very much appropriate for these intense times. There seems to be a constraint on the situation — as symbolized by Saturn in the current configuration — in that the water has only one way to go; and yet, there are sky paths to consider when we lift our gaze above the earth to the heart of the storm itself. The symbol for the Moon in the same degree of Aries is: "Lost opportunity regained through the imagination." Marc Edmond Jones speaks of "creative fluidity," "reformulation," and "effective command of self." Again there is presented here the concept of a balancing of tendencies, and the idea of using our minds to free ourselves from narrow constraint. Similarly we have many paths ahead of us that we know we can follow, as long as we can remain open to the power of the universe, and to the creativity of our inner Self, to find a new way through. 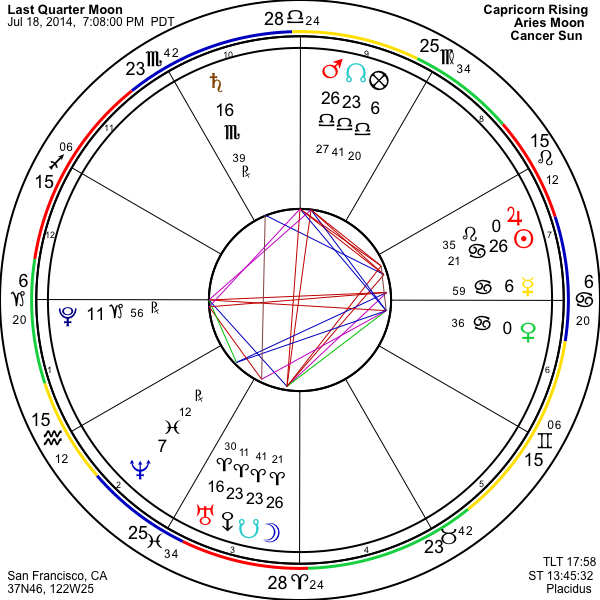