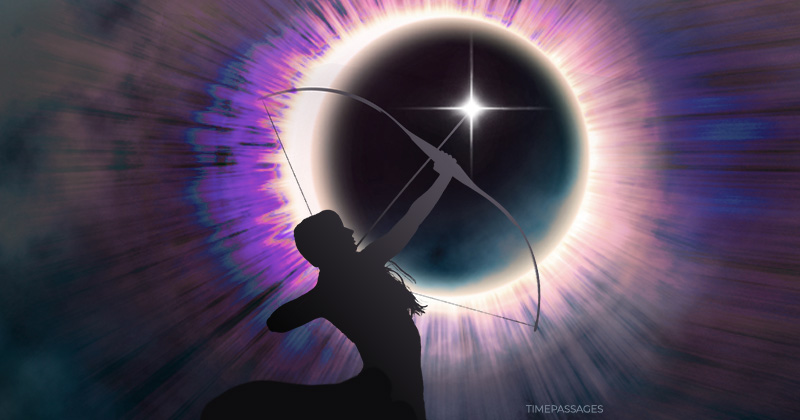 Posted on December 2, 2021 in Configurations |
By Henry Seltzer for ASTROGRAPH Horoscopes

A powerful Solar Eclipse and New Moon takes place on the late evening of Friday, December 3rd, Pacific Time, early morning of December 4th for points east, signaling the beginning of a new cycle of great archetypal significance as we head into the Christmas holiday season and the New Year of 2022. The influence of an eclipse such as this is said to last for six months, so this chart alone gives us a preview for the new year that is to come. One important thing to mention is that the tremendous and divisive polarities of the political scene here in the U.S. and elsewhere in the world are not getting any better, as indicated by the prominence of both Saturn and Uranus in this eclipse chart, with the square between them becoming ever closer as the December cycle continues to unfold.

In the eclipse chart, Saturn lies in close parallel to Mars, while Uranus is aspected by the Sun and Moon, an inconjunct, or quincunx, aspect within a degree of exact, while their forming square has closed to 2 ½ degrees in the eclipse timing. With both these antithetical planets highlighted in this important New Moon configuration, we must take quite seriously the push-pull of innovation versus conservative holding back that is present now in our own individual lives, as well as being reflected in the collective. The culture wars are deepening. There are – fairly obviously – diametrically opposing views going around, and the chasm between the sides does appear to be widening.

The potent placement of the Pluto archetype, presaging massive societal transformation, makes for another major key as to what we can see coming down in this transitional timing of the ending of one calendar year and the birth of another. Pluto is found, in a fascinating collision of astrological archetypes, to be linked with both Venus, and Eris, representing our values and the determination to stand up for these as we navigate the increasingly difficult and divisive tenor of our situation. The stressors of these chaotic times do change us, hopefully in the direction of, rather than succumbing to despair, instead rising to the occasion.

In the eclipse configuration, Pluto and Venus are in close conjunction, with their midpoint at 23 Capricorn 43, reflecting a tight square to Eris, located at 23 Aries 49, and also a strong sextile to prominent Mars at 23 Scorpio 40. This configuration, within minutes of exact all around, will be followed in two weeks’ time, in the Gemini Full Moon, by the telling retrograde of Venus, within a degree of forming conjunction with the transformational energies of transiting Pluto, so that – in terms of relationship issues, art and aesthetics, plus our individual along with our shared cultural values – we are in for a rather wild ride as this month continues to unfold.

The message of prominent Eris, so involved with Venus/Pluto and with Mars in the eclipse configuration, is that we must, each one of us, take an important stand for what we value deep inside, as this difficult cultural situation in which we find ourselves continues to develop over the next year and decade. It is vital now to take whatever action might be appropriate to what it is that we most deeply believe. This also includes the prominence of new planetary archetypes Haumea and Makemake, which relate to Nature, and to principles of natural law, concepts of right action and right relationship, as I have written about elsewhere. Makemake is exactly opposed to a stationing Chiron right now, while Haumea is precisely parallel within a tenth of a degree to progressive Uranus.

Another interesting thing to consider with this extra-potent New Moon chart is that the December 21st Capricorn Solstice chart, another indicator for the 2022 year that is birthing, will take place during this lunation cycle, reflecting these same themes that are outlined above, with an even tighter configuration on all counts.

What is therefore the primary take-away from all this intensity that can be foreseen arriving in yet another difficult and climactic year of 2022 is that we must not despair, in part because there is no time for that, and in part because, as wise men and women throughout history have stated, everything is unfolding just as it should. We are in dire straits as an earthly environment, and as a culture, and there is indeed “no planet B.” Yet, still, we can recognize, along with the danger we all are in, that we are also all parts of the solution still to come. When the boat is sinking, keep bailing! And do that, and keep doing that, because it is not in us to fail, but rather to survive. And do that with utmost faith that the cosmos, speaking to us every day through the magic of the astrological archetypes, will eventually see us through. 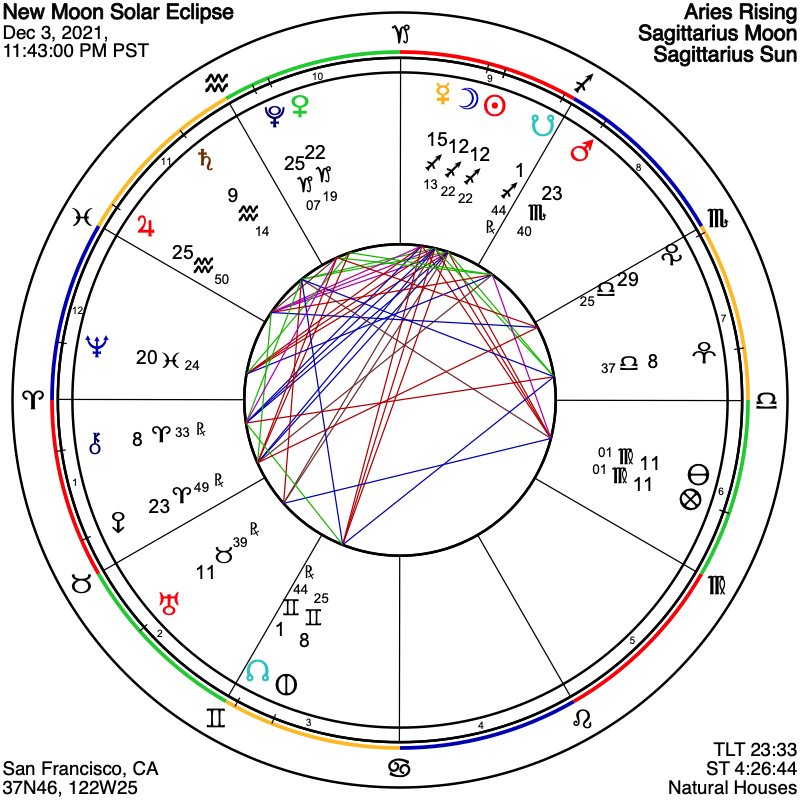