Posted on March 22, 2014 in Configurations |
By Henry Seltzer for ASTROGRAPH Horoscopes

Sunday evening's Last Quarter Moon, taking place as it does in the context of the profound spiral development of transformational energy that has been coming on all this year, adds focus to the already intense journey in which we are currently engaged. This closing phase of the lunar cycle represents a time of looking more deeply into whatever we have going on; and this is especially so with Mars still moving retrograde through Libra, and in forming aspect with stolid Saturn, lending substance to our vision for our future selves. In fact we are all changing, at times with great rapidity, into a new someone that we only distantly know at this present moment, and yet whom we are becoming more and more familiar with as we pass through the hoops, jumps and re-starts of this difficult decade.
Sunday evening's timing of the quarter moon, taking place at around 7 pm on the West Coast (later further east, depending on time zone) brings Mercury and numinous Neptune in conjunction for a taste of the truly mystical, taking us to mental areas beyond the merely logical ones that we normally occupy. The quarter Moon is supportive as well of the Uranus-Pluto lineup that is coming together for another pass of their own square configuration next month on the 20th and the 21st of April. This is because the Sun in the sign of Aries, where Uranus is currently located, is square with the Moon in Capricorn, Saturn?s sign, and the location in the sky of transformationally oriented Pluto. With Jupiter moving into directly opposing Pluto, moving toward next month?s cardinal cross alignment that will be greatly enhancing the energy of both, these two powerhouse planets are getting ready to combine even more strongly to another peak of their potency for massive change. This will be the fifth of seven exact hits this decade, now only thirty days away.
As Sunday's Quarter Moon takes place, the Sun and Moon are thus in chime with the building revolutionary and evolutionary surge of this intense Uranus-Pluto cosmic alignment. The Moon in Pluto's sign brings greater emotional connection to his dark destructive energy for radical change that might, in the final analysis, turn out to be fully in our best interest. Meanwhile the Sun, in the active sign of Aries, where Uranus currently resides, brings to the rapidity symbolized by this combination a greater conscious understanding. The rapid motion in which we are all currently engaged, whether spinning, or moving smartly along toward what we most deeply desire, can indeed sometimes makes a direct strike on its target, as it continues to be all the while scintillating with unexpected blessings, wild ideas and profound intuitional insight.
The Sabian Symbols for this Last Quarter Moon in their cardinal signs are interesting, as we prepare for the next month's cardinal cross. For the fourth degree of Aries, the symbol is: "Two Lovers strolling on a secluded walk." This is a sweet symbol of natural process and also reminds us of the Tarot card called The Lovers, connected to Gemini and ruled by Mercury, currently located in Pisces and close to Neptune, symbolic of extra-dimensional awareness. This major arcana card of the most essential Tarot speaks of integration between the male and female parts of ourselves, of our unconscious process also, in a blessed amalgam that represents an improvement of each of the sides. For the Moon, in the fourth degree of Capricorn, we have: "A group of people outfitting a large canoe at the start of a Journey by Water." This again involves the Tarot, especially the Six of Swords in the Waite deck, that is called a Journey by Water, and that signals a definitive passage through darker realities to arrive at the unanticipated destination of a new understanding. It is comforting at least to recognize that we are traveling in tandem through these dark and unknown and yet productive spaces. In some important way of seeing things, we are all in this together. 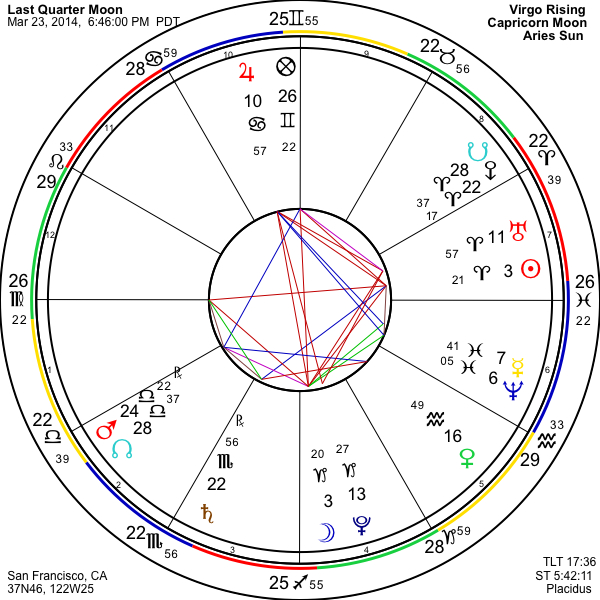 The Astrology of January 2021 The Sun is in Aquarius