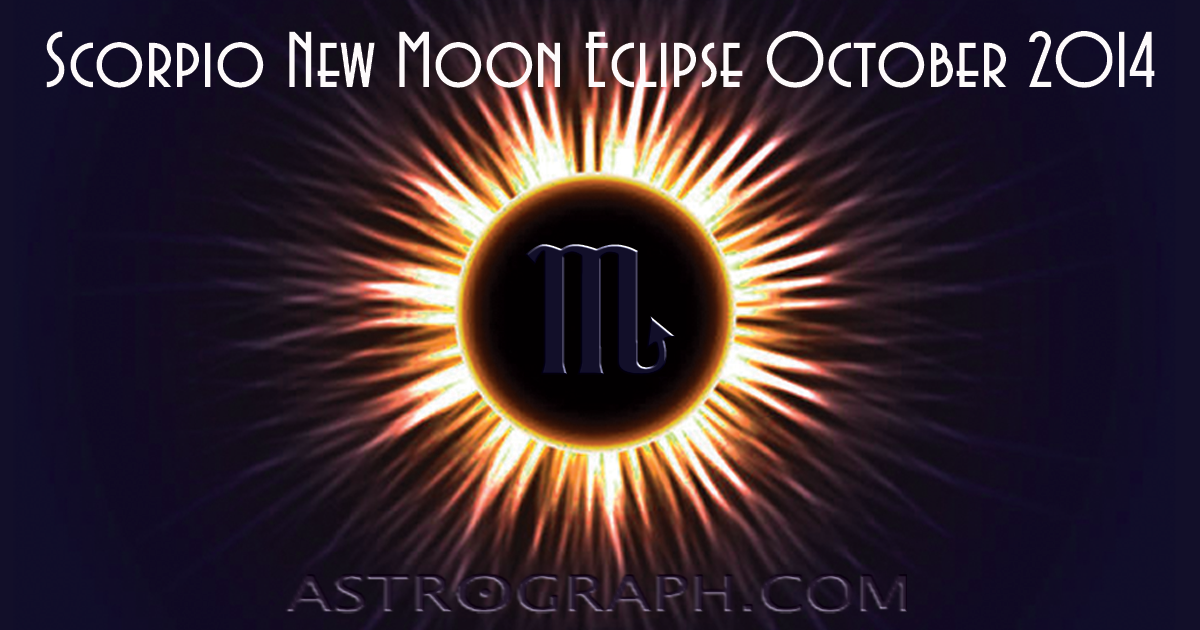 The Transformational Pull of the Scorpio New Moon Eclipse

Posted on October 22, 2014 in Configurations |
By Henry Seltzer for ASTROGRAPH Horoscopes

On Thursday, at about 3 PM on the West Coast, or about 6 PM EDT, we will be treated to a partial eclipse of the Sun. This will progress in stages, and so you will have the chance to see that there seems to be a slice taken out of the Sun, visible all along the North American continent. Of course, BE VERY CAREFUL not to look directly at the Sun without deep protection, such as eclipse glasses or many layers of photographic negative; sunglasses are not strong enough protection. In the Eastern United States this event combines with sunset, either disrupting it or making for an excellent light show depending on where you are. The eclipse has astrological implications as well. Astrologers think of a Solar Eclipse such as this one, even though partial, as an extra powerful New Moon whose effects can be long-lasting if it hits your chart, and as Mars makes future transits to the eclipse degree. By the common understanding, eclipses take up to six months to work themselves out in your life.

Mars will square this eclipse degree on December 5th, oppose it on March 31st 2015, and will not conjunct this point until early 2016. It could be therefore, that the events that come up for you now, in this late October and early November timeframe, will be characteristic of the powerful ending of the year and the transition to the following spring, with implications for the year of 2016. This is so because we have a very interesting period coming up at this time, of the last two hits of the Uranus-Pluto square that are currently stirring, and which come to a head in mid-December and also during the month of March.

The eclipse degree of 0 Scorpio resides at the midpoint of a bi-quintile from Jupiter to Pluto, with retrograde Mercury opposite Uranus, while Saturn is also widely bi-quintile to Uranus, thus further stimulating these mighty astrological archetypes of radical change, in square aspect, as they come to their sixth and seventh exact hits this decade. There has been a great deal of movement since 2012 on both a personal and a societal level, and it all comes to a crescendo over these next few months, where we get to see what is working and what, indeed, is not. The fallout from the events of these potent years of 2012-2016 will be felt through at least the year of 2020.

It is also interesting to note that as the Sun and Moon come together in a big way, in the mid- to late afternoon of Thursday, with this eclipse in the first degree of Scorpio, Venus too makes its entrance into the sign. This powerful New Moon is therefore in some ways all about Venus, as well as Pluto. We are taking personal transformation to the next level, on the purely personal and individual arc of our own development, and yet we need others to help us steer the boat. The mirror that relationship provides can indeed prove to be extremely helpful as you navigate the tricky currents of your ultimate evolution, as you morph and grow into the person that you were perhaps meant to be, all along.

The Sabian Symbol for Venus and for the Sun and Moon in this potent New Moon eclipse could be revealing. It is, for the first degree of Scorpio, "A sight-seeing bus," which Marc Edmund Jones calls "a symbol for the individual spirit and the ... indomitability of its interest in life as a whole — freed from all artificial boundaries of experience." This might remind you of Uranus, also highlighted, along with Pluto, in this eclipse configuration. He goes on in like vein to say that the degree represents "a basic impersonality which capitalizes on the opportunity of the moment and helps reorder the situation." Uranus symbolizes tuning in, at the deepest level of intuition, to that which you now must utilize to move the situation forward and get on with your evolution by whatever means necessary, and in whatever way that it truly needs to go. 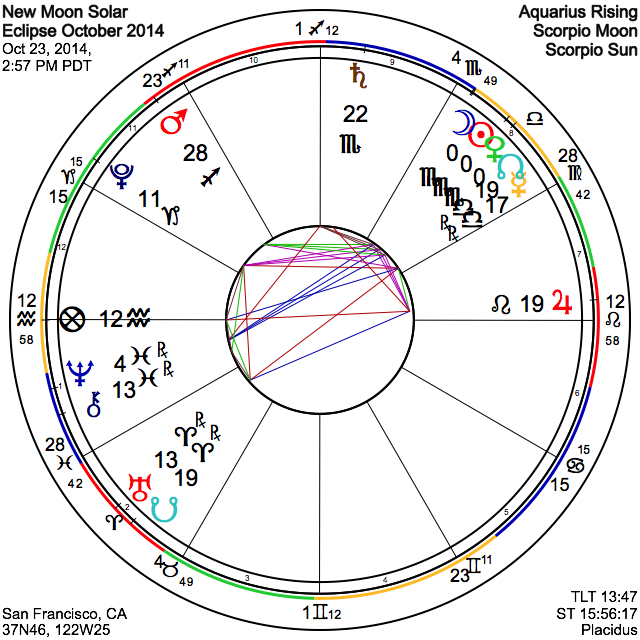