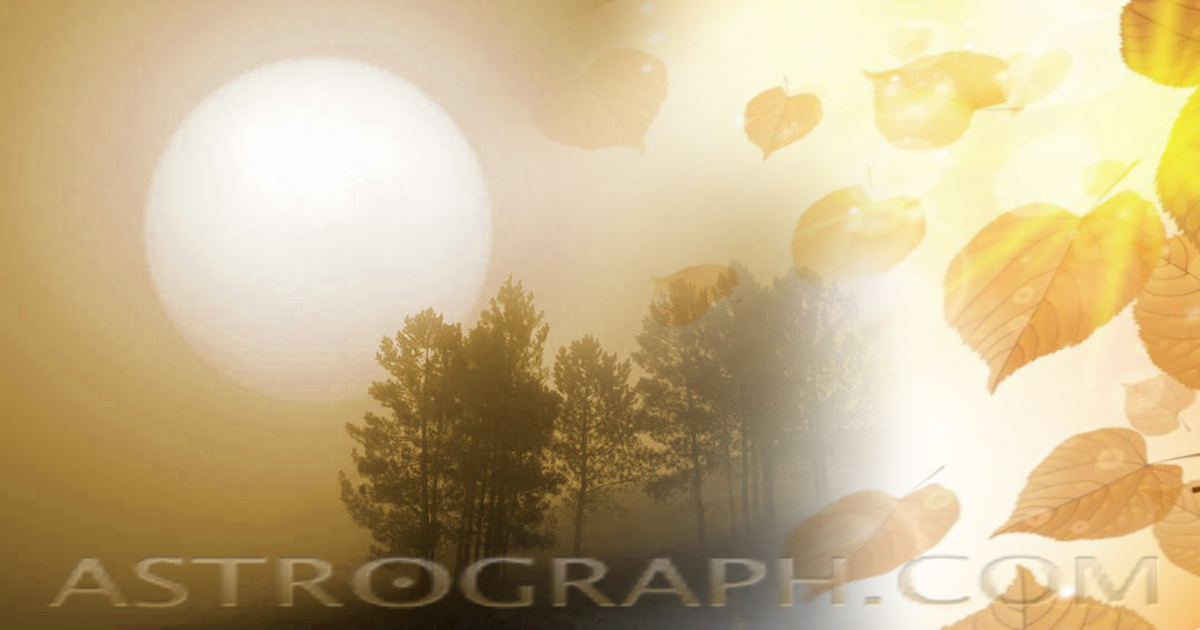 A Mystical and Confounding Full Moon

Posted on September 7, 2014 in Configurations |
By Henry Seltzer for ASTROGRAPH Horoscopes

Monday evening's Full Moon represents an opportunity and also a challenge, because the Sun and Moon, aligned along the Virgo-Pisces axis in middle of their respective signs, are also aligned with tiny Chiron, currently occupying the 16th degree of Pisces. Venus is now in Virgo as well, and almost exactly opposes Neptune in the early degrees of Pisces. There is also a ton of built-up energy revealed in this Full Moon configuration by a Yod to Jupiter in Leo from Pluto and the Moon/Neptune midpoint, producing a definite feeling of angst and inchoate desire. The Full Moon by the nature of this lunar phase typifies the fulfillment of the first half the lunar cycle that began with the Virgo New Moon of August 25th. There is therefore a culmination of some arc of development that began two weeks ago.

Since the previous New Moon opposed the numinous energies of Neptune, also in Pisces, and the ruler of this sensitive sign, we have recently been dealing with a great deal of disconnect over real-world practical concerns and indulging as well in a mystical stepping back and away from the world, into inner reverie. There has been a good dose of Saturn in the picture of this two-week period also, with accompanying inevitable frustration of having the unseen dimension of life so close to heart and yet at times so unapproachable. We have also had the confusion of having to deal with ordinary reality with heart and even head so far removed from mundane matters and far off in the clouds of Spiritual wisdom that is a form of unknowing.

There is also the Yod to Jupiter to consider, one of several in this Full Moon configuration, featuring an aspect with the keyword of "adjustment." As we continue to meditate on the fuller understanding of our lives, as we can come to this, we have to constantly mediate, back and forth, between dimensions and, indeed, entire universes of meaning. This calls for an awareness of the necessity of adjustment and of transformation, as symbolized by the highlighted presence of Pluto in this powerful lunation.

The Sabian symbols for this Full Moon are helpful in teasing out its meaning for our lives. For the Sun, in the 17th degree of Virgo, we have "An Easter promenade" and this reminds us that we each have many different figures inside us, who can come out and play when the occasion calls for it. The symbol for the Moon is "A volcano erupting," and in the context of the Moon in close conjunction with Chiron, this is indeed revealing. There lurks beneath the surface of our conscious understanding a pool of underground emotion, as symbolized by Chiron, the Wounded Healer, which is representative of long-buried trauma that can indeed at times explode out into the open, unexpectedly. This gets better when we can study it. The symbol for the degree Chiron occupies, just before the Moon's degree, is "In the quiet of his study, a creative individual experiences a flow of inspiration." This symbol is also entirely appropriate for this Piscean period, when these numinous archetypes are in Pisces and when Venus opposes Neptune. It is truly said that by delving inside, with a quiet intention, and yet an absence of expectation, that you have the best chance to come to a better and more complete connection with of what you are capable, and of who you really are. 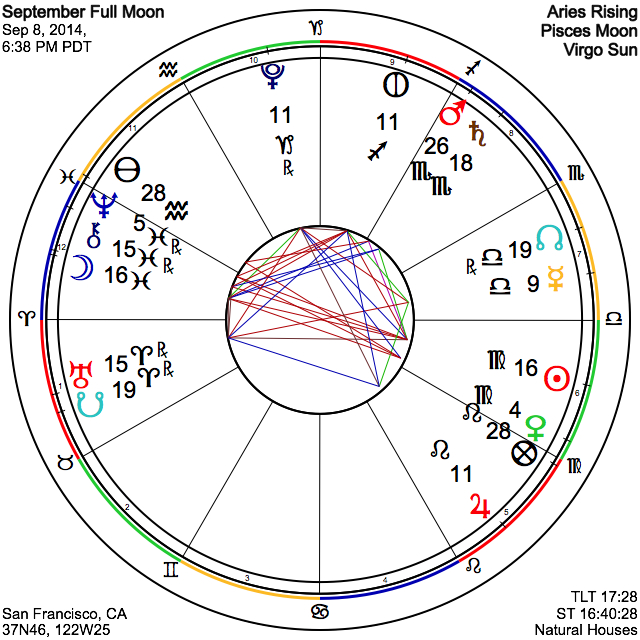