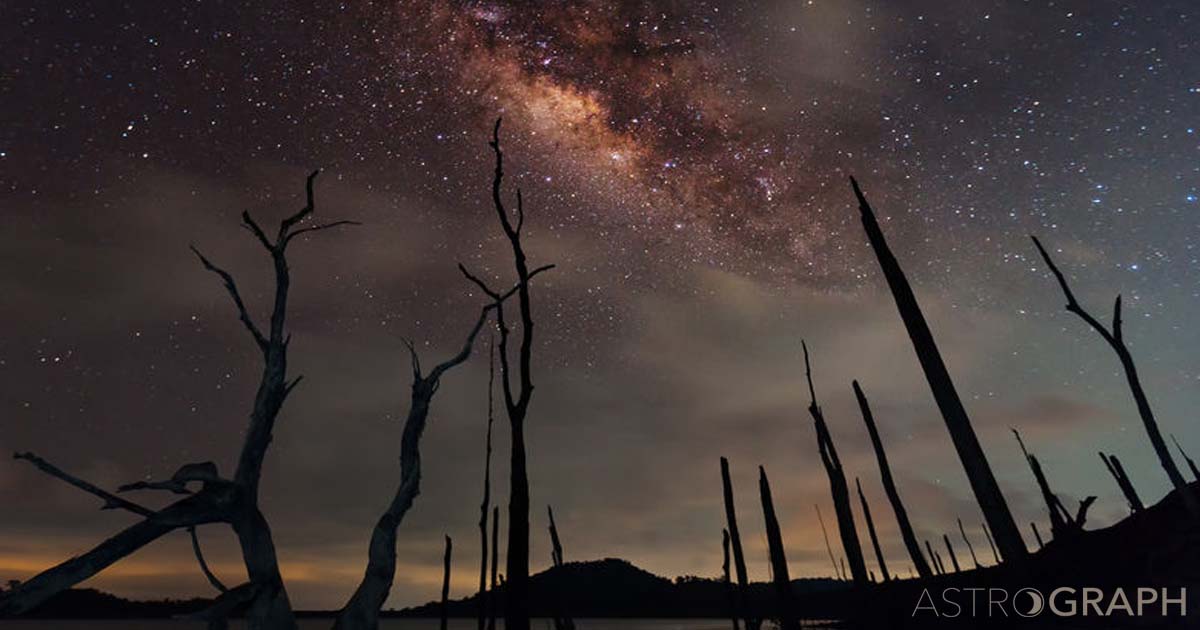 Posted on November 17, 2017 in Configurations |
By Henry Seltzer for ASTROGRAPH Horoscopes

Saturday morning’s New Moon in late Scorpio has many features in keeping with the dark sign of its origin. In particular there is a nearly precise square between Mars and Pluto, with Mercury also involved in the aspect configuration, bringing a great deal of conscious attention to the Lord of Death and Rebirth, just as the Sun prepares to leave his sign for the sunnier skies of Sagittarius. Another powerful factor here is a renewed energizing of Uranus, which is exactly aspected by the Sun and Moon, continuing the recent emphasis that we have been experiencing of the Trickster planet. Surprises, and unexpected insights also, continue to abound. Hopefully there will be a modicum of light amongst the heat arising from this keen astrological moment. With Mars so much in this picture, and we must note that coincident with the timing of this New Moon, also rising on the West Coast, there is the chance for buried anger or reactivity to energetically emerge, as well as plentitude of opportunities for considering Right Action. This concept is never far from our thoughts, although we might not always find the will power to begin acting along the lines we contemplate. When our upset is triggered, it takes a concerted effort to cool off amidst the heat of the moment and to react in a more appropriate manner. This endeavor is well worth pursuing though, especially over the next few days and then in more muted fashion over the weeks-long period of this significant lunation.

In addition to the emphasis on Pluto, and Uranus, Neptune is also emphasized – so that. While Mars is square to Pluto, Venus makes a trine to Neptune, with Uranus in semi-square. Note also that Mercury is getting ready to retrograde on late evening December 2nd / early morning December 3rd, coincident with the Gemini Full Moon opposite the Sun in Sagittarius, and that Mercury at its station makes an exact quintile of 72 degrees to Neptune. There is thus an even more powerful presence of Neptune over the last two weeks of the present lunar cycle, taking us through the first half of December.

With all three powerhouse outer planets thus invoked, we are being asked by the Cosmos that surrounds us to wake up to a higher reality. These outer planet archetypes take us out of our little selves. Busy with the mundane happenings of modern life, scheduling and generating income, putting bread on the table, we are always thirsting for intimations of something more numinous, and more vast. Noted 20th century astrologer Dane Rudhyar called these three the “Ambassadors of the Galaxy,” by which he meant those transpersonal realms that are fully beyond our day-to-day physical existence. He felt that true knowledge was revelatory, rather than strictly experiential, and that emanations from angel guidance, or your own higher self, or unconscious process as revealed in dreams, were quite important is coming to a more holistic understanding of yourself and your world. To the idea of “as above, so below,” the foundation of our astrological science, must be added the additional maxim, referring to these outer planet energies: “as furthest out, so deepest within.”

The Sabian Symbol for this New Moon degree, the twenty-seventh of Scorpio, is “A military band on the march.” Marc Edmond Jones, who helped to channel these symbols, references “the human spirit’s continual desire to avoid everyday trivialities and drabness, ever pressing on toward some [transcendent] goal.” The “martial nature” of this image “arises from the realization that things of worth must be gained at the price of a thoroughly-mobilized effort.” This symbol therefore signifies “drawing events to a focus.” We may well feel this charge of forward-going energy in our current social setting, along with the realization that if we indeed are to take action, the time is now. May we all begin to recognize our true self-worth and with that movement as well begin to articulate our deepest values, that bottom line which we must defend at all costs, or go down trying. In the last analysis, everything else fades away to inconsequentials. 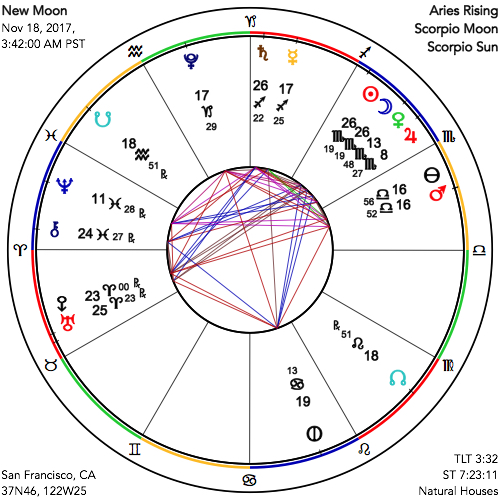