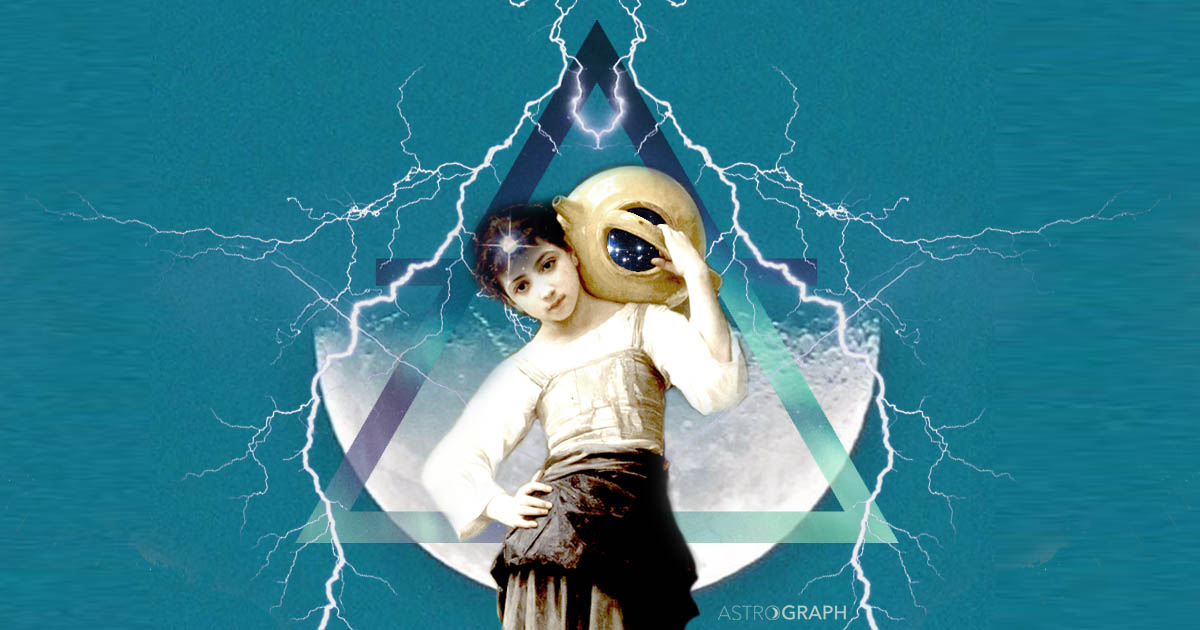 A Last Quarter Moon of Truth and Karmic Release

Posted on April 26, 2019 in Configurations |
By Leslie Benson for ASTROGRAPH Horoscopes

The Last Quarter Moon on Friday, April 26, takes place at the 6-degree mark of the broad-sighted and humanitarian sign of Aquarius, making a square aspect to the Sun at the same degree of earth-oriented Taurus. Because the last quarter of the lunar cycle generally represents a releasing and letting go, our awareness may be turned now toward what is in our midst that is no longer serving, and allowing those things to dissolve and shed away so that something new can be born. With Uranus also conjunct the Sun in this Last Quarter Moon, our intuition is quite strong. With the trickster archetype of Uranus so greatly emphasized, it is entirely possible that unexpected information and greater consciousness regarding our situation will be an important factor in the result. And with the addition of the Aquarian flavored Moon vibes, we may be noticing what there is in the collective affairs of society that is being dismantled and coming undone. We also continue to have some very pronounced outer planet activity in this quarter Moon configuration. These bring levels of intensity and metamorphosis, activating massive change in global and personal contexts.

Perhaps the most pronounced situation in the astrological configurations now is Pluto stationing retrograde in close square with Eris, at 23+ Capricorn (which took place April 24th) just 2 ½ degrees away from Saturn, which is also stationing retrograde on April 29th, both conjunct the South Node. When these planets are stationing, and therefore appearing dead-still in the sky, their zodiacal motion halted, it creates a heightening activation in regard to their influence. What we may see reflected in our culture are further revelations of an epic and advanced process of casting off and breaking down. Pluto seeks to move us all along in the infinite cycles of life, including death and rebirth. In the earthy, structured sign of Capricorn that can look like systems that are no longer sustainable sputtering out and shutting down. Because Saturn is also so powerfully involved, conjunct and remaining in close parallel to Pluto, we are seeing with greater clarity and practicality what it is that no longer fits, why it’s not working, and why we need to let go of these dysfunctional elements and move on. This is the first stage of this year’s and next’s Pluto-Saturn conjunction, which will reach its exact hit in early January, 2020. We, as a world society, are being asked to develop and implement new systems and structures that are sustainable, practical, and friendly to the Earth. This could look like something as big as governmental and economic systems, or as granular as a small business plan or a personal daily routine. The South Node’s influence here is inviting a bigger karmic healing and reorganization to occur as we take in the information standing starkly before us and make our choices from there.

Another element to consider within this already potent configuration is the placement of Eris at 23+ Aries, now making a partile square to Pluto, and a trine to Jupiter. Eris, a feminine warrior archetype representing our connection to Soul Intention, brings – in this dramatic alignment – an invitation to really step up fiercely into the Truth of Who We Are. There is a dynamic tension here; it fosters leaps and bounds of growth, and yet in so doing asks great courage and honesty from each of us. This archetypal energy is also reflected in the number of women standing up and taking on roles once only reserved for men, as well as speaking out against the injustices they are no longer willing to accept or endure. It may also be reflected in our internal landscapes as a reconciliation with some aspect of our feminine nature (as, regardless of physical sex, we each possess both feminine and masculine energies.) So, too, shall we consider the Moon’s trine and Chiron’s opposition to Makemake, which through Henry Seltzer’s research appears to be an archetype representing nature matters and Earth activism. There is also the current opposition of Eris to Haumea, another new planetary Nature archetype that Henry has been researching. The question to journey with thus becomes: how do we stand in our Highest Truth as stewards of the Earth?

We may also consider Mars’ occupancy in Gemini in a partile square to Neptune in Pisces, with Uranus at their exact midpoint. This could appear as some kerfuffles or confusion along the path, or an uncertainty and a request to reflect as to what constitutes right action. The further invitation is to lean into the vast compassion and spiritual dimension of Neptune, asking our minds to be flexible, and therefore our will and assertiveness to become agile and able to change and flow with what the present moment is asking of us. In these intense times, may we each find deep anchoring in our Soul’s Essence and Truth, so that we can meet each passing moment with clarity, integrity, and loving presence. 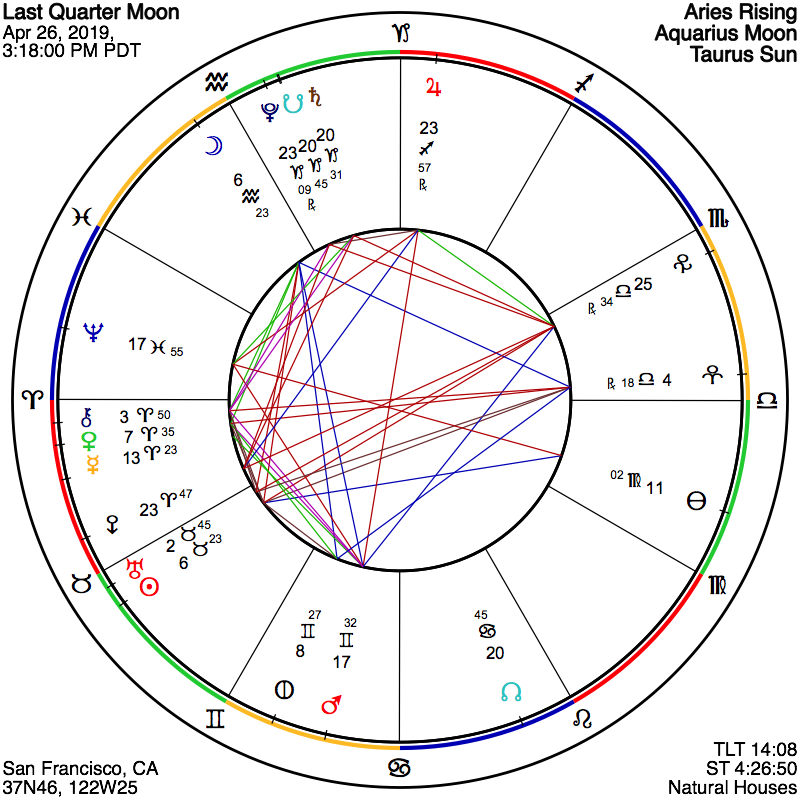