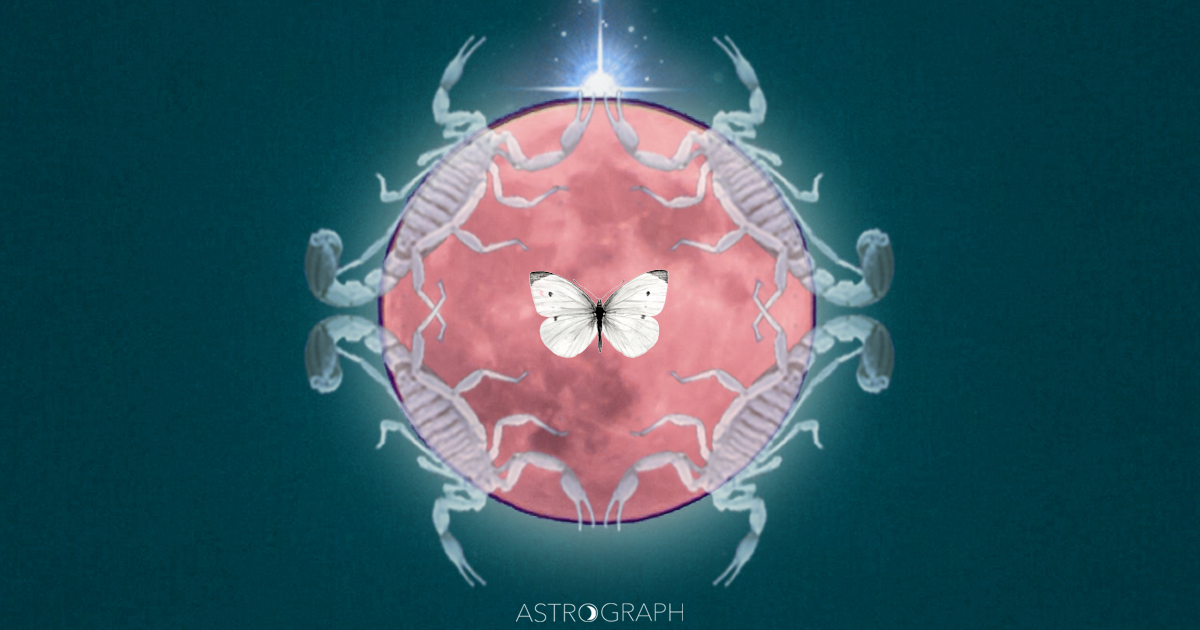 A Scorpio Full Moon of Intuition, Relationship, and Enlightenment

Posted on May 18, 2019 in Configurations |
By Henry Seltzer for ASTROGRAPH Horoscopes

The Scorpio Full Moon taking place in the afternoon of Saturday, May 18th, late afternoon or evening for points further east, brings the two feminine signs of Taurus and Scorpio to bear upon each other. For at this lunation the Sun is in the fixed Earth sign of Taurus while the Moon is in the fixed Water sign of Scorpio, and we see both a heightened culmination of energy, and also a bridging of polarities. Taurus energy tends more towards enjoyment of the physical world, while Scorpio, not content with the surface of things, dives to the deepest depths of our psyches, supporting mysticism and introspection, a peering into the shadows of human experience. We may find our vitality informed by the earthy and grounded energy of Taurus, while our emotions and psychology could be riding massive waves of upset regarding our relationships, also symbolized by the Sun and Moon in opposition, and as well by Venus, prominent now in her conjunction with Uranus. We could also find ourselves more than a little freaked out amidst the collective cultural turmoil of these fraught times.

In this regard it is of great interest to note that as Venus moves into Taurus, the sign of her rulership, she there conjoins the flighty and surprising trickster energy of Uranus, and we might come to feel that the time has come for new ideas to assert themselves regarding all our relationships. As well, these two archetypes in their conjunction aspect Chiron, the Wounded healer, exactly one sign away at the four-degree mark of Aries. Augmenting the inward-driving intensity of the Scorpio Full Moon and the creative innovation of Uranus will be the inner drama being played out by Venus-Chiron, where we will encounter the residue of early childhood trauma, and begin to see more fully the way that this inner understanding of how we were originally wounded informs our current patterns of relating, and points the way to how we may yet heal.

In this Full Moon configuration, the Taurus Sun is also joined by Mercury just three degrees away. And this Mercury- Sun combo trines Pluto and Saturn, together in Capricorn, bringing greater conscious understanding of the transformative power of their conjunction. Pluto and Saturn’s coming together is still strong now, although ebbing, because Saturn has stationed retrograde and will head backwards away from Pluto, to rejoin him in their exact conjunction later on, in January 2020. This has far-reaching ripples for collective happenings here on earth; outdated structures are falling away, and we are being asked to create new, more sustainable systems. Our conscious minds may be becoming extra aware of this process, now. A lot on our planet is falling apart, and confronting that truth with honesty and courage is a tall order. There’s also a tremendous amount of innovation happening in terms of resources and how to manage our physical reality, as is being indicated by Uranus’ journey through Taurus. We might note as well, that expansive Jupiter remains prominent in these May skies. So, while looking around it is easy to find despair and lack, it is also easy to find joy and inspiration. Ultimately the choice is always ours to make about how we place our awareness. And in this time when nearly any information we could possibly want is at our fingertips, we must also recognize that we have a responsibility for what information we are consuming, and for how we want our efforts to result in a certain level of discernment.

The Sabian Symbols for this Full Moon also have something to contribute. They are, for the Sun in the 28th degree (27 +) of Taurus, “A woman pursued by mature romance.” This symbol is mysterious, but surely relates to finding out, over time, something important about the process of relationship. Marc Edmund Jones, who caused the creation of these symbols in the 1920s, has this to say: “since the fullness of life is ageless, and the human spirit immortal in its functioning, there is here the heightening of appreciation which comes with genuine maturity.” This echoes the theme of relationship evolution indicated by Venus with Uranus and Chiron, as mentioned above. For the Moon, in the same degree of Scorpio, we find, “The king of the fairies approaching his domain.” This reminds us that out of the dark and Scorpionic depths of the psyche, comes … magic! Jones refers to, “the eternal promise underlying all inner self-realization, since any actual fullness of life is altogether independent of (the world’s affairs). Outer reality takes any form with which (one) endows it, by exercising sovereignty over its various potentials in the creative realms of the imagination.” Indeed, we can make of the world what we wish, by a simple effort of will, by the manner in which we decide to understand things, or to take things, in a certain way. This is easy to say, and yet hard to do, although the ultimate rewards of the striving are — as we all well recognize — worth the effort. 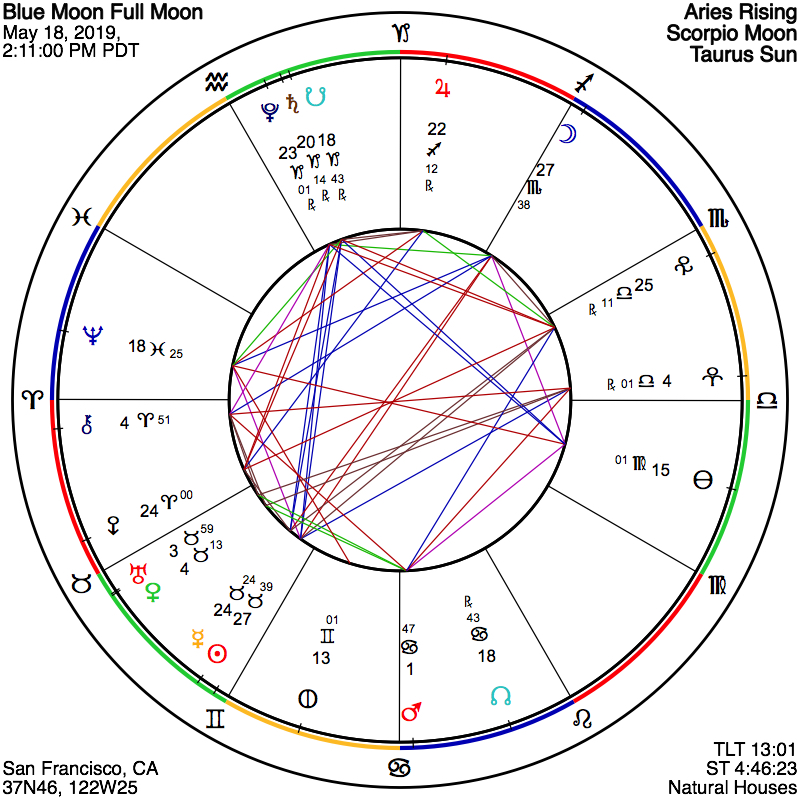