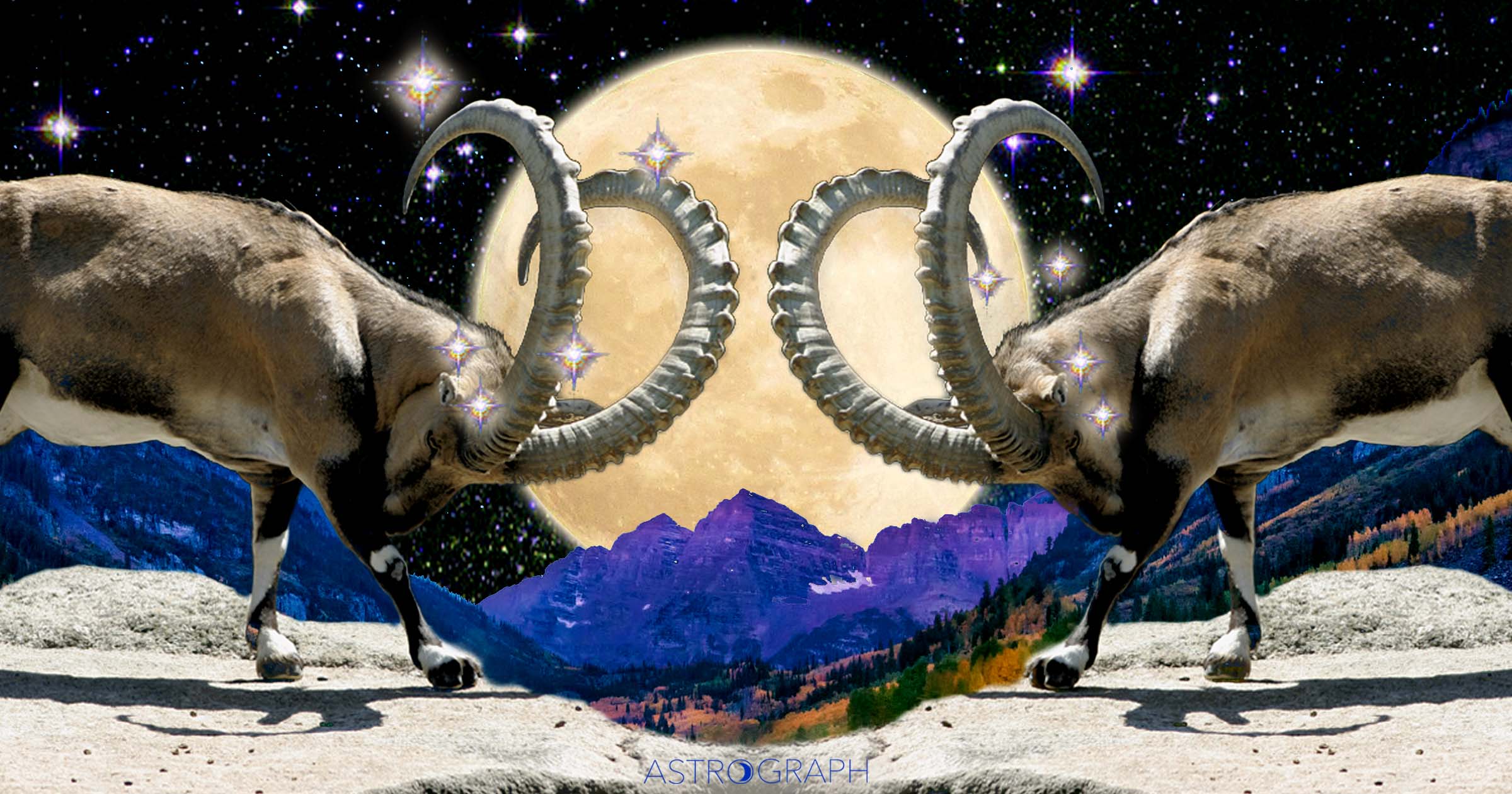 A Full Moon of Enlightenment, Relationship, and Transformation

Posted on October 12, 2019 in Configurations |
By Henry Seltzer for ASTROGRAPH Horoscopes

Sunday’s Aries Full Moon, at 20 + degrees of the sign, taking place at around 2 PM on the west coast, later on the east coast and Europe, is notable for its many connections to Uranus and Pluto. The transformational energy of Pluto occupies the 20 + degree mark of Capricorn, so that the Sun and Moon form a partile T-square to Pluto, a mere ½ degree away from exact. Additionally, Jupiter at 20 + degrees of Sagittarius forms a close semi-sextile to Pluto, plus Jupiter is in a tight sesquiquadrate aspect to Uranus in Taurus, with Venus closely opposed. This brings as well great focus to Uranus, the Awakener, with surprising events and unexpected enlightenment likely to come to the fore, especially in connection with the astrological symbolism of Venus. The same applies to Mars, also in close aspect with Venus, and with Uranus. All this Uranus, Pluto, and Venus/Mars emphasis implies in the context of this potent Full Moon a super-charged atmosphere for relationship discoveries and alterations. What you will be able to uncover about yourself and your relationship dynamic depends on how well you can keep yourself open to new possibilities. If it is what you have been needing, this Full Moon represents a huge opportunity to jump the tracks of an existing stultified partnership situation. Who knows what you might be able to discover, once you have let go of age-old restrictive expectations? The sky alone now is your limit.

This Full Moon thus represents a focus on individual transformation, meaning that we each have the opportunity now to acknowledge our personal evolutionary path, as we can know it, and to proceed to act upon this inner awareness. Also, with Uranus in the Earth sign of Taurus so greatly emphasized, we have plenty of intuitional information emerging from below the level of conscious awareness, once we able to acknowledge and tune in to this. Further, the Full Moon is closely conjunct the potent energy of Eris, the new planet recently discovered far beyond Pluto in the Kuiper Belt, that has been shown to represent a Feminine Warrior in support of deep soul intention. This indicates that this rather intense Full Moon represents one peak timing for exploring your most sincere bottom-line beliefs and proceeding to act upon them. You may not fully know what you are capable of until you try.

All this is happening in the context of a thirty-day lunation cycle from just before the beginning of October that featured Chiron in Aries, along with Saturn and Uranus. The involvement of Chiron, still present in this current configuration, implies that along with the encouragement for seizing our evolutionary intention, there are also barriers in the form of self-doubt; this is the habitual questioning of yourself engendered by ancient and undigested trauma that still survives at some deeper layer of your psyche. These residues of early childhood wounding are the raw material for great progress, although they are not easy to get past. It helps immensely to at least become more aware of them. Difficulties that lead to awareness and growth are valuable, converting what would otherwise be a loss into a powerful gain. You win every time you do not allow your fears to stop you.

In regard to the above ideas, the Sabian Symbols for this Full Moon might also prove helpful. For the Sun, in the 21st degree of Libra (20 +), we find, “A crowd upon the beach,” which may remind us that Jupiter and Venus are actually a big part of the astrological symbolism of this Full Moon. Marc Edmund Jones, who caused these symbols to be created in the 1920s, alludes to the enjoyment of “a wider self-realization through whatever fellowship might lie at hand; a basic delight in every possible attribute of human relationship.” For the Moon, in the same degree of Aries, we find, “A pugilist entering the ring,” and this has obvious connotations in terms of the personal courage required to strive for effective self-development. Jones references: “self-realization” and “confidence in (one’s) own powers.” He goes on to say that, “Implicit in the symbolism is a need to be up and at the business of life; a mobilization of the self’s capacities in a concentrated attempt at self-establishment.” For all of us, as we navigate the difficult and confusing pathways of these fraught times, may this courageous mandate also be ours! 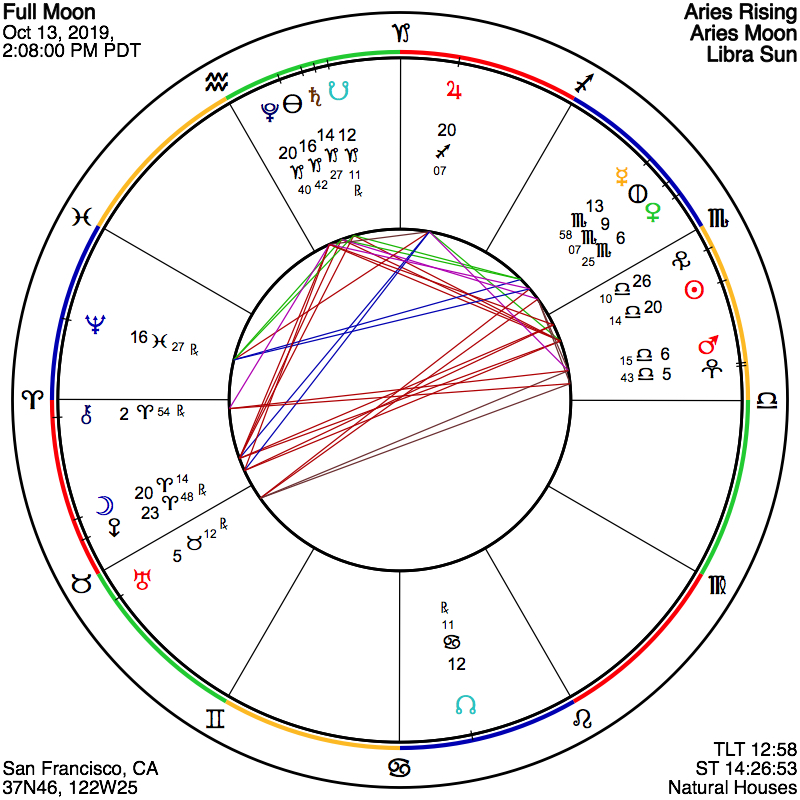