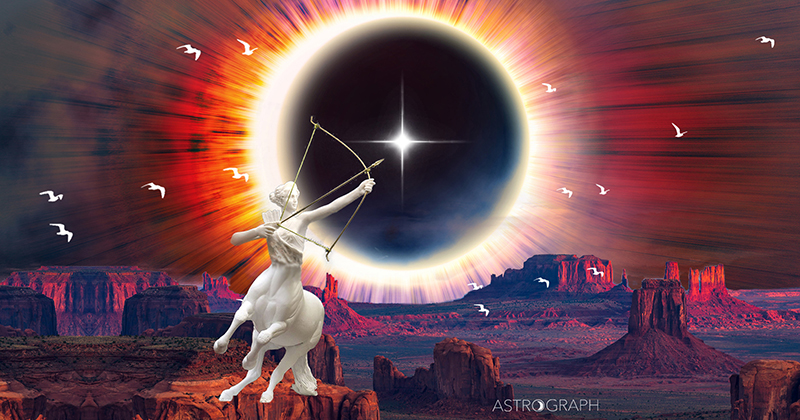 Posted on December 11, 2020 in Configurations |
By Henry Seltzer for ASTROGRAPH Horoscopes

Monday morning’s Sagittarius New Moon and Solar Eclipse, taking place on December 14th at 8:17 am PST, later in the day for points east, represents a continuation in the series of dramatic New Moon lunations that we have seen each mid-month for the past several, emphasizing the Saturn-Pluto conjunction which continues to symbolize the destructive structural metamorphosis that is going on at individual as well as collective levels – as this climactic year winds down and fades away, leaving little but rubble in its wake.

We will want to be able to answer the question of how long will this current elevated coronavirus emergency last, perhaps, and also the outlook for the first half of 2021 with a new year and a new US president. An eclipse configuration is a lasting influence, six months or more; so let us begin there, with Monday’s planetary configuration.

First of all, the Saturn-Pluto conjunction is still active, with Jupiter still positioned between, and with the Sun and Moon at the eclipse degree of 23 Sagittarius making a partile or same-degree aspect to Pluto, as does Eris in Aries, a square. New planets squaring the two major participants include as well the presence of Haumea at 28 Libra precisely square to Saturn and to Jupiter. The T-square from Eris and Haumea to Saturn-Pluto that was active over the summer months thus repeats in this December configuration, indicating that the coronavirus pandemic remains active as well, as confirmed by the news headlines.

Secondly, the eclipse Sun and Moon are both parallel in declination to transformational Pluto, as is the other of the three new planetary archetypes residing in the Kuiper Belt that have been announced by the astronomers, namely Makemake. These three, including Eris, and Haumea, have been since 2008 officially named as Trans-Neptunian KBO planets. It does seem from the astrological indications in this mid-December eclipse chart as though prominent Pluto is still very much with us, along with consequent major change. Covid will likely stay with us, and Covid restrictions on social life and the economy, through the first half of the year. We, along with our civilization, will have to recognize in the midst of this dire and yet transformative situation what we need to let go of, and what we can strive to retain.

The Saturn-Pluto conjunction is also showing signs of shifting in the flavor of its impact with the Capricorn Solstice a week hence, taking place on Monday, December 21st. That is because Saturn is by then in the first degree of Aquarius, and joined by Jupiter in their storied 200-year Great Conjunction. It is quite interesting to note that this other notable societal influence, similar in power but different in symbolism from Saturn-Pluto in Capricorn, carries with it a note of optimism and interconnectedness, plus humanistic overtones aligning with the Aquarian symbolism. We have long suffered in this country from each oligarch for themselves, taking what they were able to take, and with a few exceptions refusing to do very much in the way of giving back. That trend might be about to shift over the next and succeeding decades, and, we might also say, not a moment too soon.

With Makemake also prominent in the Solar Eclipse chart, being parallel Pluto and in partile inconjunct to Uranus, plus the recipient of a strong quintile aspect from Mercury, I feel that earth issues – and earth activism regarding climate change – are likely to be coming up over this first half of 2021. The Sun and Moon of the recent Full Moon eclipse of November 30th, and also the Sun and Moon of the Cancer Full Moon yet to come, in two weeks time, near the end of December, also make close major aspects to Makemake at 7 degrees of Libra. Of course this is one significant difference between the outgoing US administration and the incoming Biden-led one: a much more prominent role given to addressing the increasingly severe climate crisis.

I theorized in fact that there might be December news regarding climate change and there have been three items that I know of, including the naming of former Secretary of State John Kerry as “climate envoy” to the renewed entry of the United States into the Paris Climate Accords. Also, GM and other automakers have also recently dropped out of a year-old lawsuit to prevent California’s stricter auto emission standards from taking effect, and noted environmental activist Bill McKibben has just published a key article in the New Yorker on what needs to happen over the next decade to prevent environmental disaster.

I always like to bring in the Sabian Symbols for the current lunation and this one brings an interesting perspective on the potential changes of our evolving world. It is, for the 24th degree of Sagittarius (23 +) an almost Disney cartoon take on Nature as emblem: “A bluebird standing at the door of the house.” Marc Edmund Jones, who caused these symbols to be created in the 1920’s, regards this symbol as the cosmos come calling, for those who have the ability to take her in. He states, “This is a symbol of the real rewards in experience, and of an ever-immediate danger of failing to see or welcome them. Implicit in the symbolism is the need for a conscious worthiness of selfhood as the foundation for any self-fulfillment, for any capitalization on the opportunities to be found in everyday reality.” Indeed we have an entire universe of kindness and connection a mere hand's breadth away, and we have in some sense only to make a gesture within ourselves to turn towards it. The actual going will be more difficult, and the work far more intense, over this next year and decade, and yet at the outset it is perhaps helpful to hold such a vision of tranquil simplicity before us as we go about our daily tasks with always a better future in mind, aware of the deeds that may count as we collectively move towards it. 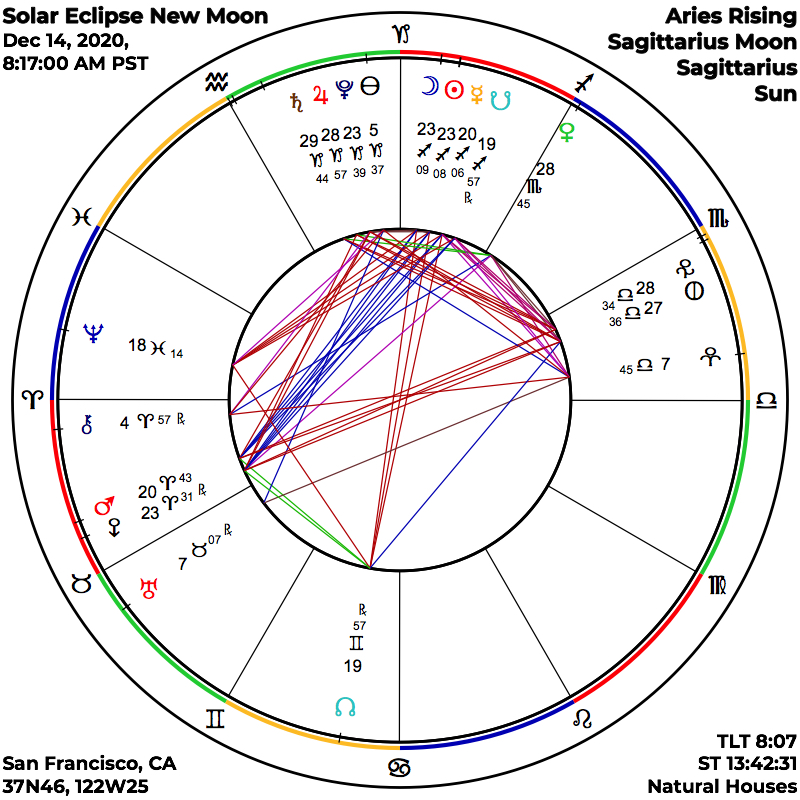