Posted on May 6, 2014 in Configurations |
By Henry Seltzer for ASTROGRAPH Horoscopes

Tonight's First Quarter Moon, in Leo, is a special one, partly just because of being the quarter phase from the recent solar eclipse in Taurus that featured Uranus and Pluto in square and a slowing retrograde Mars. With these two recent eclipse cycles, in April and now in May, there has been enormous evolutionary pressure upon us all, in subtle and not-so-subtle formulations, enjoining us to really start to pay attention to what is happening to us on the inside. The Uranus-Pluto square remains in close aspect, within a degree, so that its symbolic influence is still quite strong, which could be summarized as massive change inspired by revolutionary new awareness that is slowly creeping in. This is fading somewhat over the summer, only to come roaring back toward the end of the year, peaking in mid-December for the sixth of seven exact hits.

This month, retrograde Mars, in mid-Libra, is about to change direction, stationing direct on the 19th. Up to the end of May he moves only about a degree in each direction, so that an introspective attitude represented by his slowing movement over these next two weeks is very powerful now as well, tuning us in, pushing us to peer inwardly, even yet more closely, into the motivating factors of the relationship patterning that we have with others. The very structure of our lives is in major transition, although we are perhaps best aware of the changes that are currently taking place within us only with the passage of time.

In this regard, it is interesting to note that this First Quarter Moon makes a T-square to the energy of limitation and restriction symbolized by Saturn, retrograde in Scorpio, with the Taurus Sun at the 17th degree mark just beginning to oppose it, and with the Moon in square. This indicates obstacles that could arise tonight, Tuesday, and during the following week, to what we dream and plan, in accordance as well with the energy of this lunar phase, referred to as a "crisis in action." The Sun in the quarter Moon configuration also makes a nearly exact bi-quintile aspect to stationing Mars, bringing this internalizing imagery, as described above, even more greatly into our conscious awareness. Thus we are presented with a powerful introspective moment of pause, as we consider what we are truly up to during this powerful transitional time, the mid-point of an intense decade of massive change.

Astrology is not an exact science but it is an exacting one — demanding of us our best effort to come to a better understanding of ourselves and of our relationship to the transformational tenor of the times that we are currently living through.

The Sabian Symbols for this quarter Moon are revealing. For the Taurus Sun we have: "A battle between the swords and the torches," which can be interpreted in several ways. This could represent the anger of militant rage versus the light of inner peace and improved understanding, or perhaps an alignment with the symbolism of the Tarot, where the suit of Wands represents the intuitive Fire element, while the suit of Swords represents the Air element of ratiocination and the effort of figuring everything out mentality and on our own. For this mystical degree symbol, Marc Edmond Jones refers to self-fulfillment and "the magic of understanding," and gives his interpretation as "the eternal struggle between the practical necessities and transient competitions of life on the one hand, and [on the other] the motives and meanings that give them direction and order." Certainly this symbol reminds us of the cosmic forces at work in our lives and of our own internal mandate to somehow rise to the occasion. For the Moon we have: "A volunteer church choir," for which he has the keyword COMMUNION. This is an older symbol, from a simpler time. It yet reminds us even today, in the midst of the confusion and heartache of this intense 21st century, that we are all volunteers; and that, whatever our religious affiliation, we are all active in the church of our own transformation. 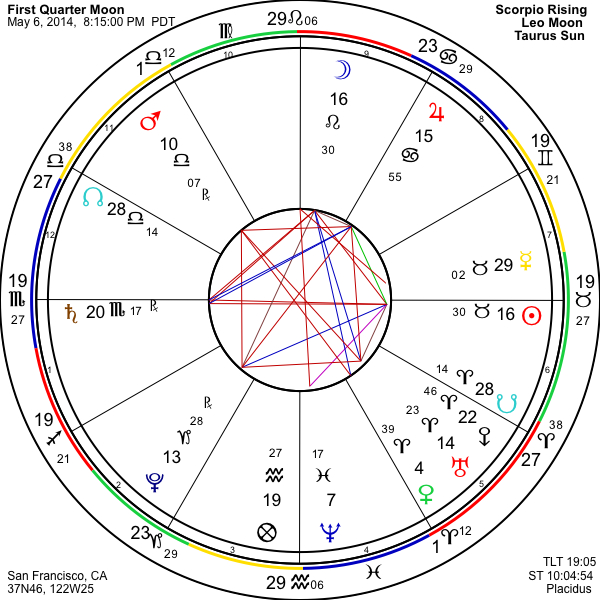