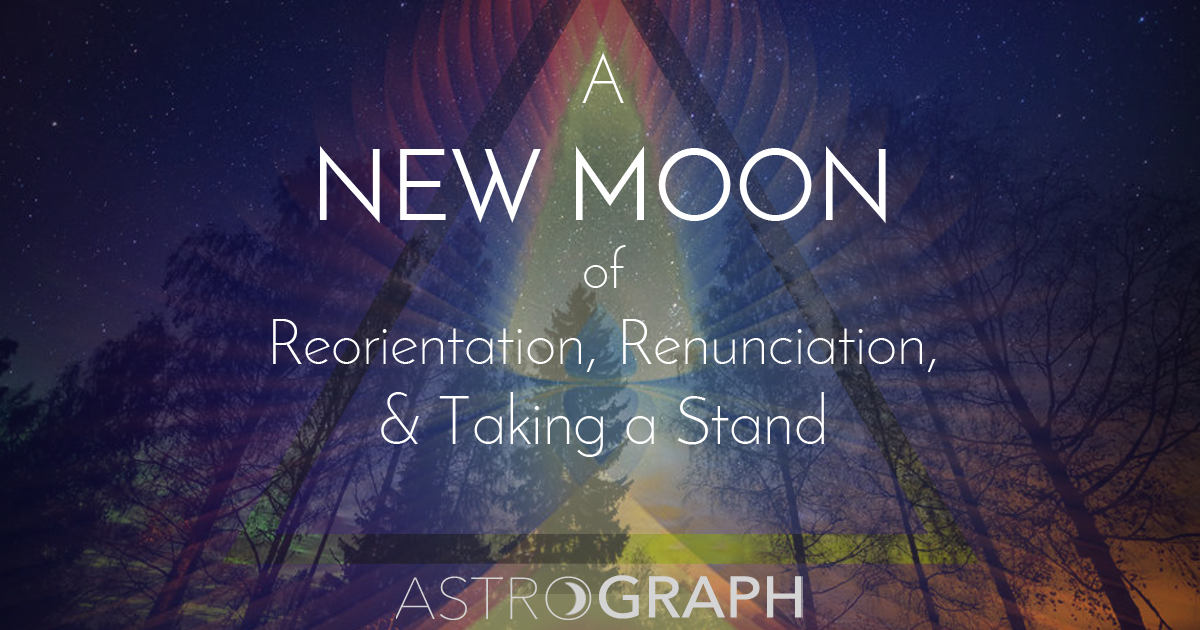 A New Moon of Reorientation, Renunciation, and Taking a Stand

Posted on November 24, 2016 in Configurations |
By Henry Seltzer for ASTROGRAPH Horoscopes

Tuesday morning’s Sagittarius New Moon, taking place at mid-day for Europe and points east, makes for another quite powerful lunation, bringing many of the outer planets into renewed prominence. This reflects the massive changes that we are involved in right now, both individually and culturally, thus indicating that we will be forced to surrender to cosmic process in order to leave behind certain life factors that no longer serve us. Jupiter is now opposed to Uranus while Venus at 20 degrees of Capricorn precisely squares the Aries position of this trickster archetype. As far as the other major outer planets, the Sun and Moon at 7-plus degrees of Sagittarius square numinous Neptune at a similar degree of Pisces, a key aspect that is quite close, at a separation from exact of about a degree and a half, while Jupiter and Uranus make a T-square to Pluto in the middle degree of Capricorn. Saturn remains in close parallel to Pluto, symbolic of major structural transformation, as the society around us irretrievably alters.

Then, too, we can say that Uranus is made far more prominent by its close (two-degree) conjunction with the new planet, Eris. As my research has shown, Eris magnifies every planet that she touches, adding a powerful element of deep intentionality. The Sun and Moon also make a close sesquiquadrate aspect to both, and for Eris within mere minutes of a degree, so that Eris is very potent in this lunation. We know that these times call for each and everyone to be ready, willing, and able to take a strong stand for themselves, and the prominence of Eris, as Feminine Warrior for soul purpose, corresponds to this idea. As above, so below.

Independent of what the astrology is telling us, why is it so vital now that everyone be ready to stand up and be counted? This is nothing less than the mantra for these difficult times, when the forces of corporate power and the seduction of fake news stories threaten to squash protest into insignificance. The strong presence of Neptune in this New Moon configuration well represents the uncertainty of these fractious days, when so many conflicting stories are circulating about what the recent American election was all about and where the next administration is likely to go on from here. Only by sincerely aligning with what you deeply believe, and are willing to fight for no mater what, and to put your energy toward, can you feel the potency of some sense of constructive process at work within you.

With Chiron emphasized in the configuration for this New Moon, we might also take a look within ourselves for the true source of any level of present-tense fear, or angst about the future, that we may be feeling. Chiron, located at 20 degrees of Pisces, is found in perfect astrological connection to Venus and Uranus, a sextile and a semi-sextile aspect, and is squared as well by Saturn. When feelings of insufficiency and powerlessness come over us, and we reflect on where these actually emanate, we might be able to identify early wounding of one kind or another as a strong factor. We are all struggling to recover from what we have gone through, at one level or another, in our formative stages. The cosmic truth is that when we are completely secure in ourselves, we need never be afraid. If you know who you are, and where you stand, you can meet any action with an appropriate response that aligns with your own core values. You can then be completely secure in that inner understanding that you feel, although of course, this is easier said than done.

The Sabian symbol for the degree of this New Moon is unusual; it is, for the eighth degree of Sagittarius, “Rocks and things forming therein.” One imagines fossils or glowingly structured crystals that could be found at the inner dimension of the mineral itself, reminding us that what we have inside is oftentimes more significant than what shows on the outside. Marc Edmund Jones has an interesting take on this, calling it: “a symbol for the necessity that [we] create [our] own reality out of the actual situations in which [we] become involved... Each person in accepting his [or her] roots and capitalizing on this endowment is enabled to proceed to high achievement.” He goes on to add, “the degree [represents] exceptional ability to mold or re-mold the course of events.” Jones, with strongly placed Eris, the focus of a precise yod from Saturn, Moon, and Uranus, always sees the potential for each individual soul finding his or her own path, of necessity, and thereby establishing his or her own authority, in their own way. In so doing we make of our life a continual celebration in support of who we truly are, independent of any and all external circumstances that seemingly run to the contrary. 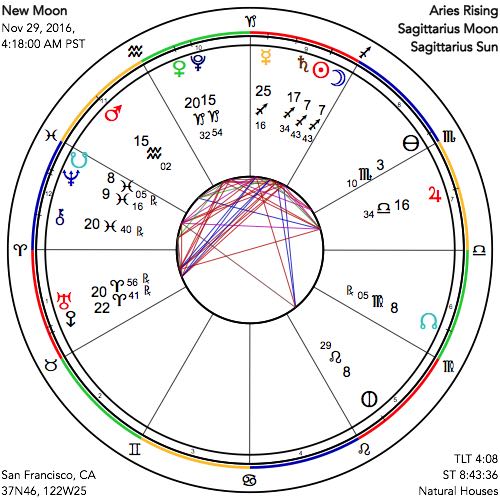