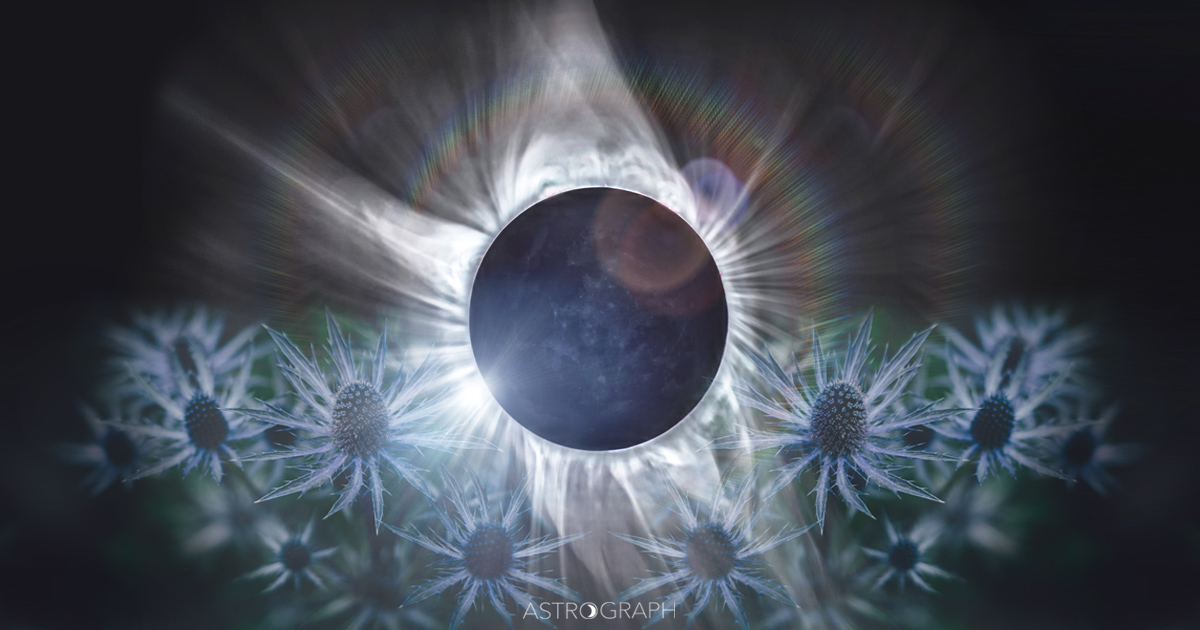 Posted on December 22, 2019 in Configurations |
By Henry Seltzer for ASTROGRAPH Horoscopes

We are having a New Moon come to us late on Christmas Day, at 9:13 PM PST, and it is an especially powerful one, being as well a Solar Eclipse. Also, because this New Moon takes place in early Capricorn, it additionally partakes of the Capricorn Solstice that preceded it by only a few days, a chart which has implications for the 2020 year ahead. Furthermore, in both of these configurations, Saturn and Pluto remain in potent connection with each other, their parallel aspect less than ½ degree away, and their conjunction in the sky also quite close, having drawn to within 2 degrees of zodiacal longitude. In the Solstice chart, Mars also lies in partile sextile to their midpoint, with the Sun, Mercury, and Jupiter adding supporting parallels. With Pluto so powerfully invoked, in his tight conjunction with Saturn, these remain entirely transformational times. Eris, currently occupying the 23-degree mark of Aries, where she has been, off and on, since the summer of 2016, and where she will also be during November of 2020 when Saturn-Pluto is once again greatly emphasized, makes a close square to Saturn-Pluto, further highlighting this important hallmark of the tenor of these times. Saturn and Pluto initiate another approximately 35-year cycle next month, with the January 10th to 15th perfection of their conjunction, and that significant outer planet episode begins right here and now with this eclipse. The lunar cycle that begins with this eclipse New Moon promises to be even more disruptive and powerfully transformative than we have seen thus far, in this amazing year of structural change.

The astrological situation of these current times is somewhat complexified by the Trickster presence of Uranus in Taurus, an essentially destabilizing archetypal combination. With all this Saturn we are constrained to the straight and narrow: ‘don’t go out to sea too far’ we are warned. However the Uranian impulse runs counter to this idea, telling instead not to hesitate, but to screw our courage to the sticking point and make a go of it. Uranus is aspected in this New Moon by the Sun and Moon, and, as well, by Jupiter; and Jupiter with Uranus can represent a fountain of new ideas. Although polarities in conflict do not often make pretty sight, there is an important upside for us all if we can find our path to it. This pattern can look a lot like someone thinking their way out of a constrictive situation by using their imagination, discovering a way where there was no way.

Counter to the above optimistic assessment, there is also a ton of Chiron in the Capricorn eclipse of late evening on Christmas day. Chiron, the Wounded Healer, placed in the second degree of Aries, is closely aspected by the Sun, Moon, and Jupiter, as well as by both Uranus (a semi-sextile) and Saturn (a quintile). The Sabian symbol for this Aries degree is “A comedian entertaining a group,” which Marc Edmund Jones refers to as “the mirror which life holds up to itself, recurrently.” Chiron does reflect inner wounding, and yet also the hidden treasure of the wisdom that can be gained by making friends with the dark places deep within you.

It is also of profound interest to note the presence of the new planet, Eris, a Feminine Warrior energy in support of deep soul intention, in almost perfect square with Pluto, both now and with the strong epochs of Saturn-Pluto next January 10th, coincident with a powerful Lunar Eclipse in Cancer balancing this current one, and also in the final months of the year. If ever there were to be a time when it were vital that we individually each take a strong stand for ourselves, and for each other, this is it.

The Sabian Symbol for this New Moon also has something to contribute. It is “Native Americans rowing a canoe and dancing a war dance.” This seems an appropriate emblem for these tribal times, and indicates a strong push for demonstrable action. Marc Edmund Jones states that this is a symbol of “the ever-primitive nature of life at the root,” and of the necessity for “thoroughly practical and immediate considerations” and “a capacity for aggressive leadership” that must prevail at certain difficult junctures, such as our current situation. We will need to stand up and be counted, whatever side we are on, and as well “we must hang together now,” as Benjamin Franklin famously remarked, “or we will all (come to ruin) separately.” 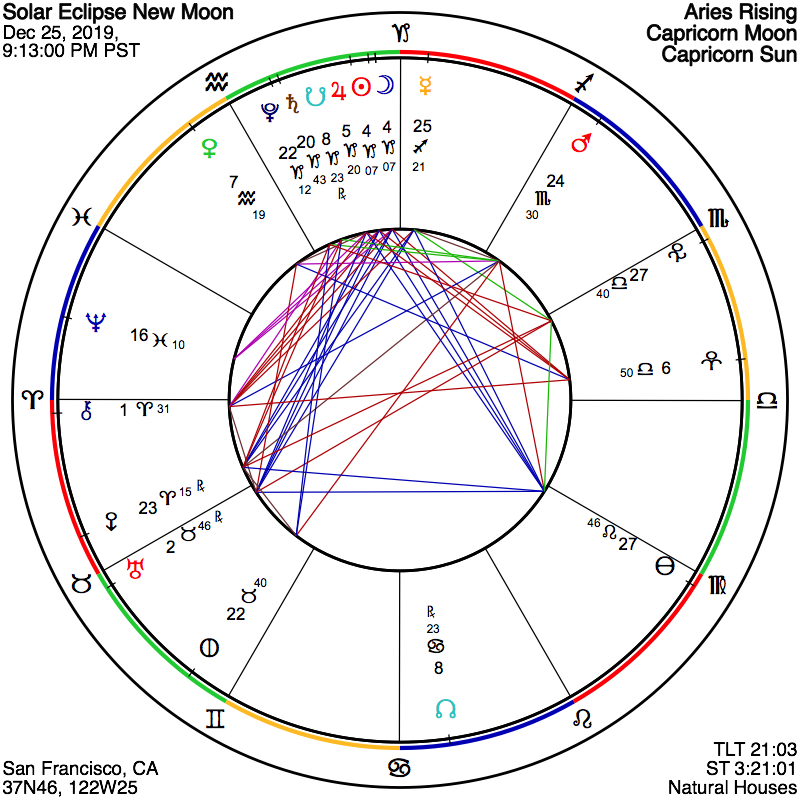