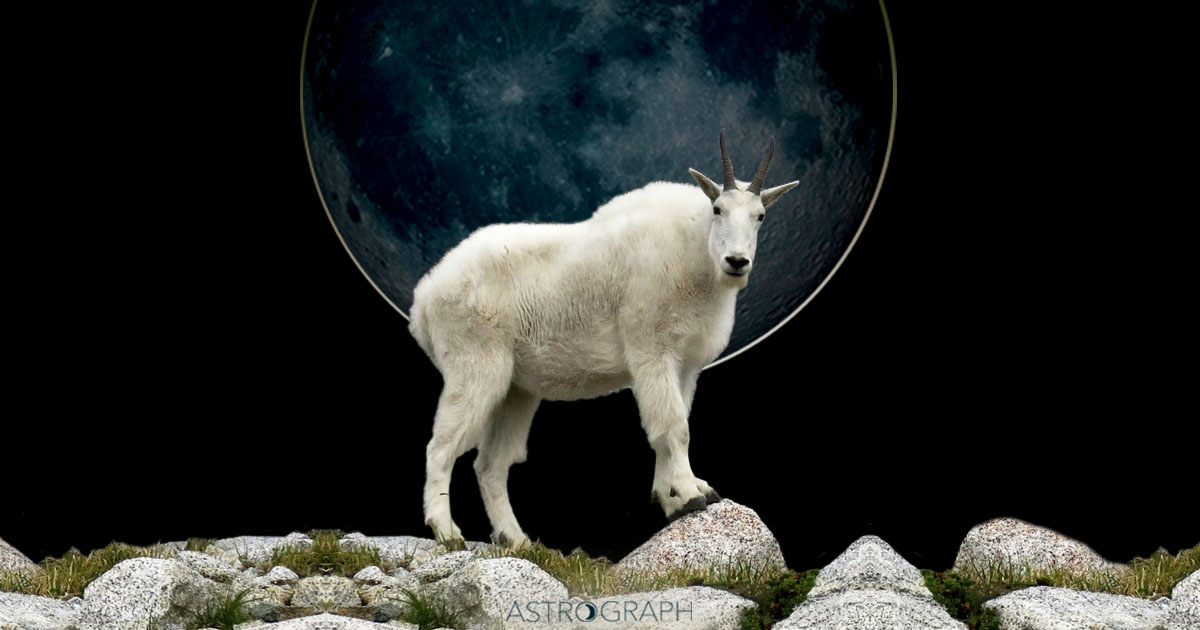 A New Moon of Crisis and Transformation

Posted on March 21, 2020 in Configurations |
By Henry Seltzer for ASTROGRAPH Horoscopes

The March 24th Aries New Moon, taking place at the 4-degree mark of the sign, early morning on the west coast, later morning on the east coast and in Europe, is a rather dynamic configuration. The New Moon degree itself is conjunct Chiron, and partile semi-sextile to Uranus at the 4-degree mark of Taurus, while a triple conjunction of Jupiter-Pluto-Mars, at 23-25 degrees, separated by 1 degree each, is squared be Eris in Aries. The Capricorn stellium is even more greatly highlighted by the fact that the New Moon degree is in quintile with its midpoint, within 2 degrees of orb. This is extremely confronting. Later in this article I will summarize the transits to the US chart, which are quite significant. For now, let us just consider the Jupiter-Pluto-Mars conjunction at a personal level. Being so greatly highlighted, and involving Mars and Pluto, this has a symbolism of hidden anger coming to the surface to be either healed or further exacerbated. These pockets of almost infantile outrage usually stem from ancient wounding, long buried within our psyches, the residue of early childhood trauma. It would thus be an excellent timing to become more aware of any such issues that could be arising now, especially considering the tension of our current social circumstances. We must now, more than ever, attempt to direct our higher awareness to these difficult places within us, for eventual healing. That Chiron, the Wounded Healer, is also an important factor in the New Moon further stresses the importance of these realizations of interior wounds, and the possibility of being able, with conscious effort, to move somewhat beyond them.

Regarding this New Moon, and the times that we are currently living through, it is also interesting to note that Saturn has entered Aquarius for a short spell, dipping in his toe, preparing to retrograde back toward Pluto again on May 10th. After that May station, Saturn will eventually again join Pluto, this time in a triple conjunction with Jupiter, on around November 15th, and then return to Aquarius by December 21st, meeting Jupiter there in their celebrated once-in-every-twenty-years conjunction. This signals a societal shift that we can suddenly perceive that we are already in the midst of. The Aquarius positioning of Saturn in this New Moon configuration might be considered to presage the December 21st event, giving rise to the notion that not only is this not Kansas anymore, it never will be again.

Another significant factor in this New Moon configuration is the long-term aspect of Eris in Aries squaring the Capricorn stellium, now partile to Jupiter and within one degree for Pluto. This is an extreme activation of Eris, and indicates that in these transformational years of 2019 and 2020, the time of the Feminine Warrior is upon us. In the zeitgeist, this is the era of the movement of women throwing aside the centuries-long practices of patriarchal entitlement, variously described as #MeToo and Time’s Up. On individual levels, we are each being encouraged to stand up for ourselves, and for our deepest values. You might want to look to the position of Eris in your natal chart, and to feel into the way that you are valiantly attempting to embody your most authentic self.

Other new planets are coming into the picture more forcefully now, with the prominence of Haumea and, especially, Makemake in this New Moon. These are earth-oriented planetary archetypes, as significant in charts perhaps as Pluto and Eris, all four now in the special category of “dwarf” planet in their naming by the IAU. My research has shown that these other two represent profound connection to Nature, and Nature as spiritual path, with Makemake the more activist of the pair. Some of the evidence for this is documented in my article, “New Planetary Archetypes in Western Astrology,” in the current April issue of The Mountain Astrologer magazine. Certainly the time for earth activism is also upon us these days, in stark terms, with the existential threat looming of the very real and present danger of climate change.

Haumea, at 27 plus of Libra, is aspected by Uranus and Mars, being in partile square to their midpoint. Makemake, at 5 plus degrees of Libra, is greatly emphasized in this New Moon, with an opposition from the New Moon and Chiron, partile from Chiron at the 5-degree mark of Aries. There is also a yod that is formed from Mercury and Uranus, each in close inconjunct (quincunx) to Makemake. My suspicion therefore would be that, over these next thirty days, there will be a leaning in toward recognizing, along with the science of this novel coronavirus, the science, too, of global warming, based on excess carbon in the atmosphere. Another way to look at this is that – through the mechanism of the necessary response to this pandemic – the earth itself is asking human civilization to slow down.

The transits to the US chart are quite interesting, and my FB Live discussion of these is available on our Facebook channel at Astrograph Astrology Horoscopes. In summary, the self-identity of the American population as a whole is changing, as indicated in this New Moon by Sun and Moon, together with Chiron, squaring US Jupiter, the chart ruler, with Uranus in close sextile. Also, Pluto at the 24-degree mark of Capricorn stands in partile opposition to US Mercury, signifying the media in this country, so important now as vital information continues to be dispersed regarding steps to quell the outbreak, evidence from other countries, and the US media’s ongoing critique of administration responses.

Finally, in these difficult and yet also holy times, it might be refreshing to take a look at the Sabian Symbol for this New Moon, in the fifth degree of Aries (counting from one): “A triangle with wings.” In this we are reminded of the numerology of C. G. Jung’s take on the four elements, with one suppressed, that three leads to four as the process of individuation takes place. Marc Edmund Jones, who caused these symbols to be created in the 1920s, nearly one hundred years ago, remarks upon, “the inviolability of (one’s) essential nature throughout every ramification of experience, as long as he (or she) holds to the purity of her (or his) original impulses… light rather than darkness remains the goal… personal capacities become a continual refinement of the baser metal of selfhood.” He goes on to state that there is possible a “creative transformation of everything into an expression of enduring idea, and a reflection of the real vision ahead.” In the midst of these trials that we are currently living through, may it be so. 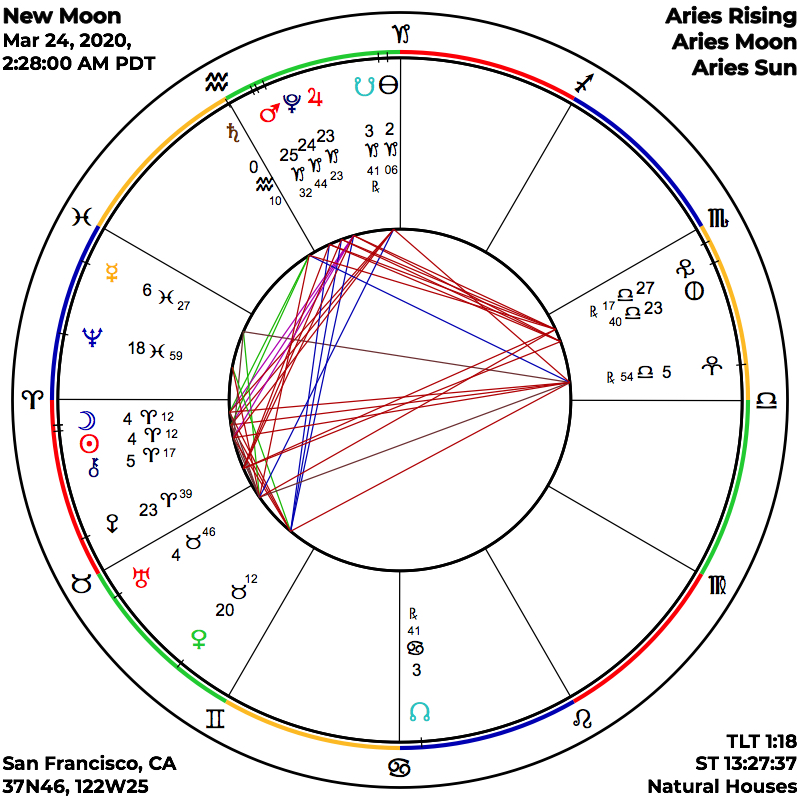