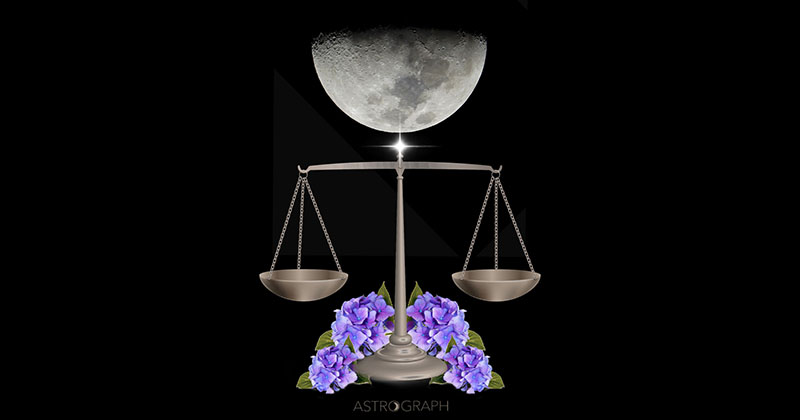 A First Quarter Moon of Transformation, Action, and Illusion

Posted on July 16, 2021 in Configurations |
By Henry Seltzer for ASTROGRAPH Horoscopes

The First Quarter Moon taking place on Saturday, July 17th, is a rather interesting lunation, being the opening square with the Moon in the same degree of Libra as the Sun is in Cancer, 25 degrees of Cancer, and with the Sun also in partile opposition to Pluto in Capricorn. The impact of this dynamic quarter Moon configuration is huge, since it aspects several outer planets, notably Pluto and Neptune, with aspects also to new planets Eris and Haumea, only recently discovered and named by the IAU (International Astronomers Union) as KBO planets. With Pluto involved so directly we might expect further transformation on a societal and an individual level, as we have been witnessing in this significant decade, and as we are collectively on our way to a newly restructured society that, for better or for worse, is emerging.

With Neptune also highlighted in this quarter Moon, the questioning of what is true versus what is false propaganda will likely continue in renewed form. Neptune is involved up to his eyebrows in this First Quarter Moon by his trine from the FQM Sun degree, and also by an inconjunct aspect of 150 degrees from the Moon and Haumea in conjunction with one another. Because both new KBO planets – Haumea and Makemake – have to do with Nature and with Nature activism, this latter aspect has implications as well for the climate change battle which is one of several important factors that must be urgently addressed if we as a culture are to emerge relatively whole from this chaotic 21st-century.

Incidentally, regarding the urgent necessity for fighting climate change, here is a link to a passionate plea from Bill McKibben, the noted environmentalist who is also possessed in his natal chart with particularly strong Haumea as well as Makemake. He is arguing for greater commitment on the part of the Biden administration, representing the one party in Washington DC that is ready, willing, and hopefully able to take up the climate issue. Here.

Eris and Haumea are opposed, and both are in square to Pluto within a degree, an aspect which is active all this summer, and is extremely prominent in this First Quarter Moon configuration. Eris represents a Feminine Warrior in support of soul intention, for standing up for your deepest principles, while Haumea indicates profound connection to Nature, including concepts of natural law. Both of these archetypes are key factors in the dramatic societal situation that we are currently experiencing here in this country, and around the world.

Regarding the strong presence of Neptune in this configuration, as was also indicated in the July 9th Cancer New Moon, and will be even more so in the August 8th Leo New Moon coming up, the astrological indications are that deception or over-idealization is more than possible. Various seeming facts are being questioned continuously right now, world-wide, especially in regard to Covid transmissions and the efficacy of vaccination to ameliorate infections. It is somehow quite difficult these days to determine the true true. Here in the U.S. we are also seeing unprecedented actions to establish new limitations on voting, based on the idea that there was some sort of fraud or a “stolen election” last November. Many across the country believe this as fact, even though entirely unproven, instead merely stated by certain political figures. This idea has been called the Big Lie, and its actual untruth is indisputable from all the evidence that has been gathered, such as multiple recounts in various states and almost 60 court cases being dismissed where evidence of actual fraud was never brought forward into evidence. All the various judges involved ruled against the claims of any fraud whatsoever.

In this Astrology blog we try to steer clear of political commentary, but I do feel the need to make a stand on several issues, one being children separated from their parents at the border, I am against it, and another being the false statements about a stolen election, which in my opinion seems to be nothing more than a quite dangerous political ploy. I must therefore add my voice to the many that have spoken out against the Big Lie that the November presidential was stolen. The Big Lie is to my mind exactly that, a large untruth.

The continuing presence of Neptune in these summer skies indicates the vital need for discernment, and as well the need for standing up for the truth as you see it. With the current Eris emphasis at this time, that issue is made even more clear; everyone must in this intense time frame stand up and be counted, in word and in deed, or else allow the ones that do to take control. This involves overcoming fears by means of individual personal evolution, as symbolized by the currently extremely potent Pluto placement, as well as the internal impulse toward following one’s own moral compass, in terms of right action and right relationship, as indicated by highlighted Haumea. The good news is that it is indeed up to us. We are the ones that we have been waiting for. And with continued and concerted effort on all our parts we may yet prevail, helping to build a future society that we can really live with. Although, as it must also be said, time is running out. 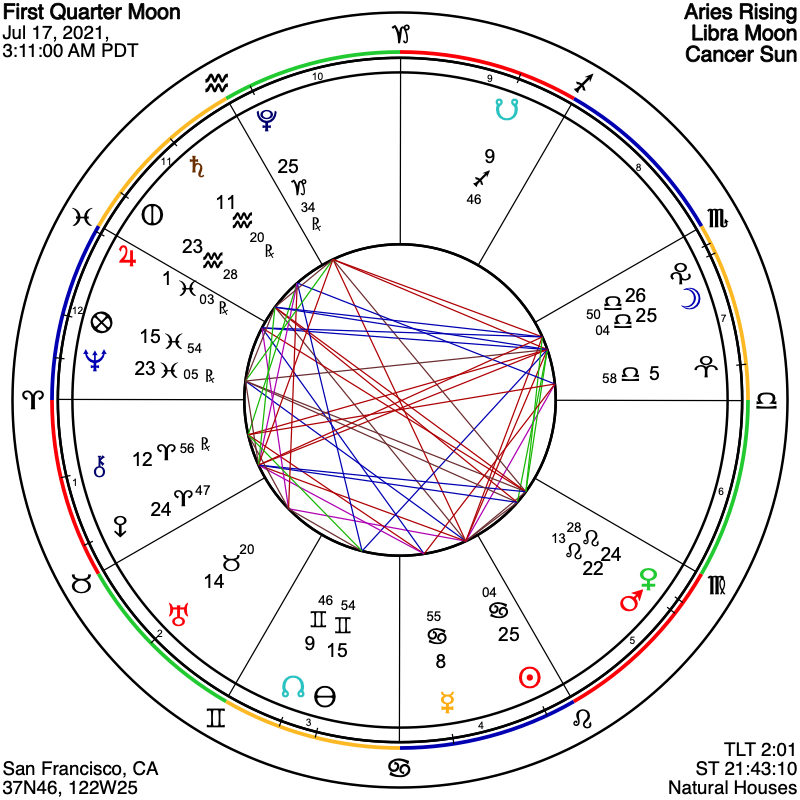