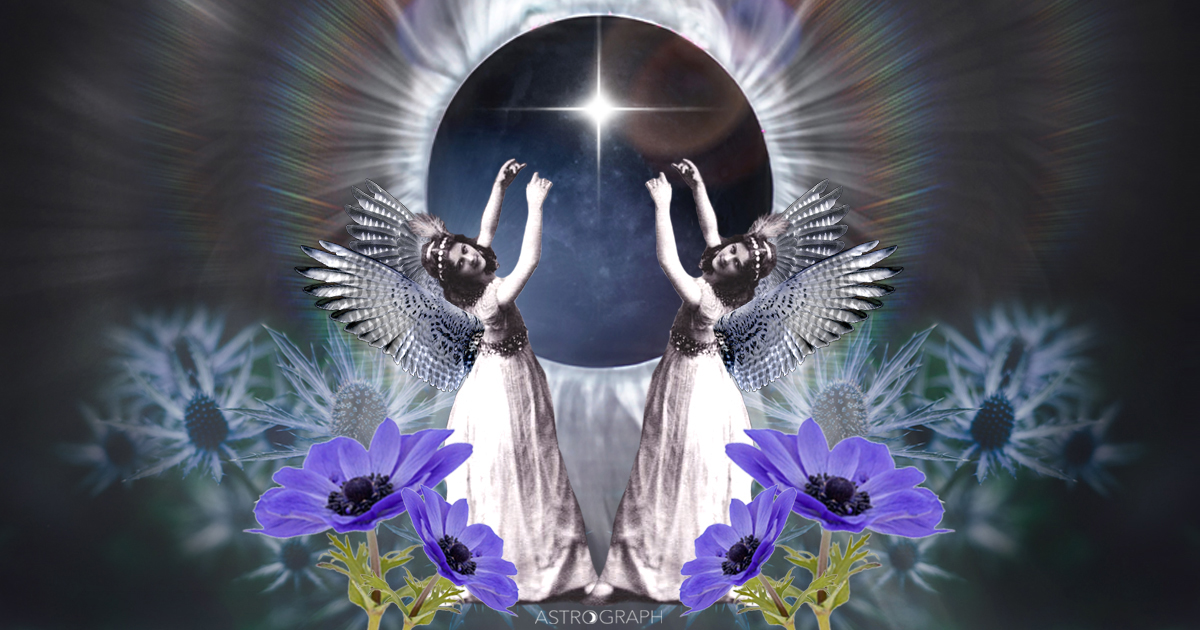 A Solar Eclipse and New Moon of Looking Within

Posted on June 8, 2021 in Configurations |
By Henry Seltzer for ASTROGRAPH Horoscopes

The Gemini solar eclipse and New Moon taking place on Thursday, June 10, at 3:53 a.m. on the west coast – later in the morning for the east coast and Europe – is something of a doozy. Retrograde Mercury, moving backward through Gemini, is less than a degree away from the eclipse Sun and Moon, and the conjunction aspect is forming, with Sun and Mercury moving toward each other. This presages that this extra-powerful lunation cycle of thirty days will be full of all the usual suspects associated with the Mercury Retrograde period, such as missed connections, mechanical breakdowns, and deep introspection. This last may well result in review, reflection, and reconsideration as we study our options in the light of an alternative perspective on what we are attempting to accomplish.

Because eclipses last six months or more, at least a touch of the introspection of this potent eclipse configuration will last through to the end of the year. Other outer planet fire alarms that are going off simultaneously are the T-square to Pluto from Eris and Haumea in opposition, alive and well and returning to a closer orb over the summer; the Uranus-Saturn square, with Saturn in retrograde, in Aquarius; and the highlighted presence of a stationing Neptune that is being squared by this New Moon.

Pluto in Capricorn, no longer conjunct Saturn, but still in Saturn’s sign, indicating societal transformation, is also made more prominent in the eclipse configuration by a contra-parallel aspect from Sun to Pluto and by the opposition to Pluto from Mars in late Cancer. The square from Eris to Pluto, and the corresponding square from Haumea, opposed to Eris, are both within a degree or two, enhancing this powerful transformational symbolism in terms of the changing collective. In our individual lives, also, we benefit from taking advantage of this deeply introspective time period to reassess where we are in our lives, and where headed; inevitably as well we will be looking at what we might be willing to let go (Pluto) of in the interest of furthering our evolutionary changes.

Uranus in Taurus in square with Saturn in Aquarius, an aspect that is exact within minutes of a degree in this eclipse configuration, also poses an intense dynamic that has implications for the increasingly intense culture wars that we are seeing – here in the U.S. especially – and for our individual developmental sagas as well. We must struggle to discern where we need to hold steady, not moving too far, too fast, (Saturn) and also where we need to let go of old habit patterns and boldly forge ahead, moving beyond previous limitations (Uranus). The introspection of this time period will likely prove to be valuable in this delicate pursuit over the next thirty days, and perhaps to the end of the 2021 year. It is also true over this same time period that while Covid is winding down, it is not done yet, increasing the pressure upon us to make the right choices for ourselves.

The other outer planet that is greatly featured now is numinous Neptune at 23 Pisces, ten days away from his retrograde station and thus standing virtually dead still in the sky, and squared by the Gemini eclipse degree. The symbolism of Neptune is subtle, and could indicate on the one hand an increased compassion for the less advantaged members of the society, including the plight of refugees and immigrants, together with a lovely sense of spiritual connection with the universe at large. Neptune also represents being out of this world, living in imagination and fantasy, with an increased potential for self-deception, or deception practiced upon us by others. In the social setting the most amazing symptom of the latter is the continuation of what the democrats call “the Big Lie,” namely that the recent election was somehow stolen. This claim continues to be made by right-wing politicians even though some sixty lawsuits presented in court came up with zero evidence of actual fraud.

One more planetary archetype of a more positive nature deserves mention here, and that is the relatively new one of Makemake, which can be shown to represent an activist stance toward matters of Nature and of advocating for natural law, in the sense of social justice and fairness to all the creatures of the planet, including the humans. Makemake in early Libra is closely aspected by Uranus, a bi-quintile, and the eclipse Sun and Moon are in close parallel alignment. This may presage further environmental action to cut back on greenhouse gasses becoming emphasized over the next six months, a factor of some urgency if we as a society are to ameliorate the worst effects of climate change.

Eris, Feminine Warrior in support of soul intention, is also a feature of these current outer planet alignments, as she has been for all these past eighteen months, as participating in the forming T-square to Pluto. The Eris archetype is in fact quite significant in the context of the ongoing societal transformation that we can see happening all around us. The time has come, and is perhaps overdue, for each and every one of us to stand up and be counted for our deepest principles. These are discovered by careful evaluation and soul-searching, uncovering what might be termed our bottom-line values and beliefs, what we cannot not do. The reflective time period over the remainder of the year might turn out to be an ideal timing to come more fully to the realization of what we are here for, inhabiting thereby our most authentic versions of ourselves that we can muster. In this way, rather than victims or bystanders, we participate in the story of our changing society as it continues to evolve and fulfill our individual and our collective destiny. 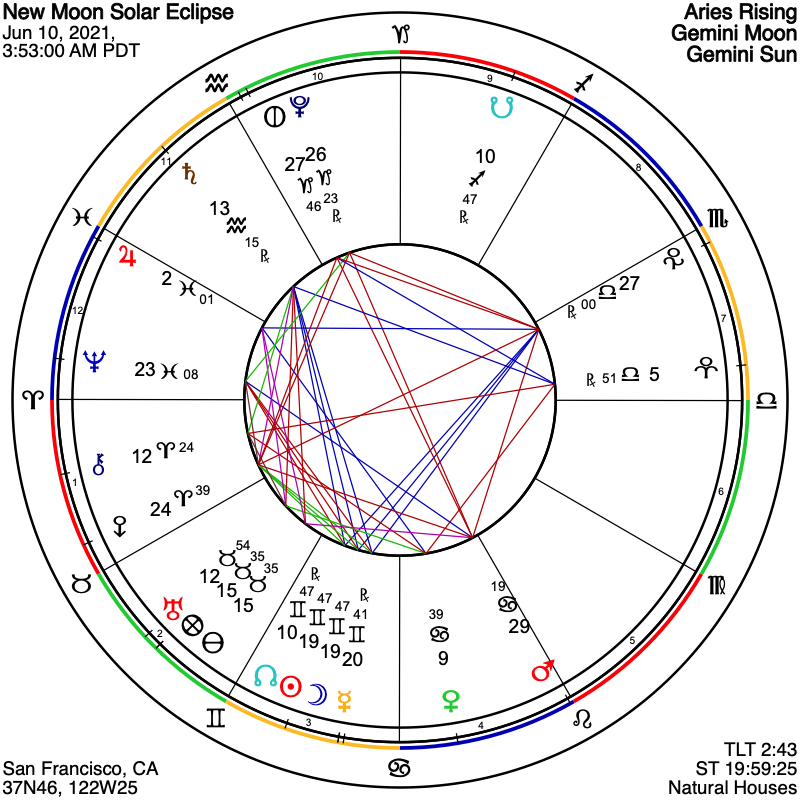