A Full Moon of Dramatic Consequences and Hopeful Possibilities

Posted on January 14, 2022 in Configurations |
By Henry Seltzer for ASTROGRAPH Horoscopes

Monday’s Cancer Full Moon, taking place in the afternoon of January 17th, PT, evening or late evening for points east, past midnight for Central Europe, represents a culmination of the recent quite difficult New Moon from the 2nd, on New Year’s Day weekend. That month-opening New Moon chart was cautionary, with the Saturn-Uranus ongoing square alignment very much emphasized, indicating tension on an individual level and a widening gulf between right wing and left wing political perspectives, as well as prominent Pluto indicating societal and personal transformation on a grand scale. We might expect the closing two weeks of this lunation to be equally fraught and indeed this is evidently the case. Passionate Mars and transformational Pluto are both still emphasized in this Full Moon, with the Sun conjunct Pluto and the Moon opposed. Venus remains in retrograde motion, signaling an ongoing revision of values and relationship dynamics, and is now joined in that retrogradation by Mercury, beginning to move backward through the neighboring sign of Aquarius, and aspecting both Saturn and Uranus as it stations. This is therefore a particularly difficult upcoming two weeks, with as well a strong retrograde period that we are now engaged in, adding another introspective layer of complexity to what was already a wild and potentially surprising January month.

In reviewing this very dynamic Full Moon configuration, it is interesting to note that it is stationing Mercury that brings the ongoing square alignment of Saturn and Uranus, somewhat separating by this juncture, back together. The implication there is that we will find ourselves utilizing deep introspection to attempt to discern where we fall in the spectrum of either really making an absolute change from existing limitations, or else exercising more caution and refusing a total departure, adhering to at least some part of the same old same old. That choice of course is entirely individual, depending very much on where you are in the arc of your own unique development and where your intuition tells you that you currently need to head.

It is also important that, in this Full Moon, Mars lies sesquiquadrate Uranus within ½ degree – while Eris trines Mars. This is quite a lot of Mars, symbolizing verve, get up and go, plus the very real possibility of sudden upset or surprising events. Watch out for accidents. Also hidden rage could bubble to the surface; words uttered in anger might have unintended consequences.

The good news, I feel, regarding this entire thirty-day cycle and punctuated by this rather powerful and potentially difficult Full Moon, is the strong connection to new Nature planets in this current configuration. The Sun and Moon in opposition make a T-square to the position of Haumea, mother of Pele, representing Nature for better or for worse. This energy is often sweet, although another possibility, perhaps, is the earth itself rising up in anger at what is being done to Her. The astrological Haumea is an interesting and potentially quite positive planetary archetype, representing profound connection to Nature, and to natural law, or internal moral compass, a well-developed sense of right action and right relationship. We oftentimes know what the right thing to do is, and yet we might fail to act. The strong presence of this new KBO planet encourages us not to fail. At the recent New Moon, there was a close trine from Jupiter to Haumea as well, which is another relatively optimistic signal.

The connection to these new Nature planets includes potent Makemake, also present in this Full Moon, being opposed by Chiron, and trined by Mercury in retrograde. And this includes an unusual bi-quintile aspect pattern, involving Jupiter at 4 Pisces and the Moon at 27 Cancer, bi-quintile to each other, and bi-quintile and, with the Moon, quintile to Makemake. This creates the neat geometric image of threee points of an embedded five-pointed star within the Full Moon configuration, and makes for good vibes along the dimension of the environmental activism that Makemake is known for. This is of course sorely needed in current times and this interesting presence of Makemake in the Full Moon could indicate that this thoughtful and self-reflective timing of the Mercury Retrograde might actually bring greater emphasis on trying to slow down the huge emissions of greenhouse gasses by the industrialized nations that are poisoning the planet. We can only hope that this turns out to be so.

What does it mean in general – that these particular outer KBO planets have come to be named and recognized in this new century? Perhaps that we are coming to a better understanding of the human condition in the process of working out the intense transitions of Western society in these fractious times. We might as a culture be recognizing the spiritual implications of all that we are going through. It is a fact that interest in astrology is very definitely on the rise in these recent years, in large part for what it can tell us about ourselves and what we are all about as we live out our lives on this beautiful planet. Let us not, as a society, at this critical juncture, fail to act. It is somewhere near the end of the recent climate change satire “Don’t Look Up” that the central character, played by Leonardo DiCaprio , mutters: “We had it all.” 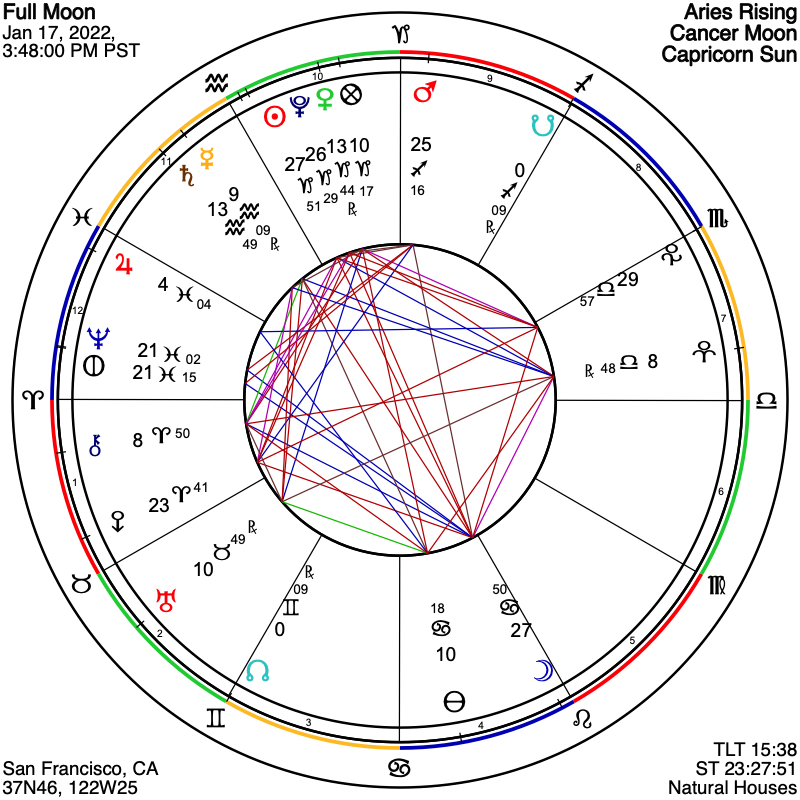