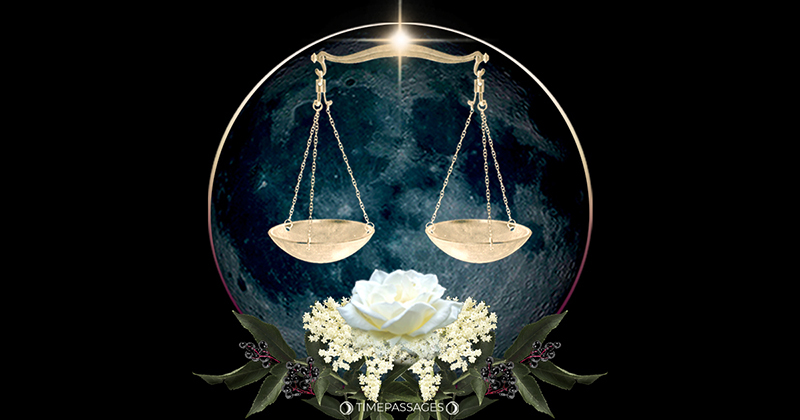 A New Moon of Introspection, Transformation, and Resolution

Posted on September 23, 2022 in Configurations |
By Henry Seltzer for ASTROGRAPH Horoscopes

Sunday’s New Moon in early Libra, taking place September 25th at 2:55 PM PT, later evening or night for points east, makes for an interesting and consequential lunation. The Sun and Moon are precisely opposite progressive Jupiter, bringing a note of optimistic reassessment to the picture of this New Moon’s Libra energy. We have as well a large component of transformational Pluto, as the Lord of Death and Rebirth is highlighted by planetary aspects while standing almost dead still in the sky, in late Capricorn, preparing to station to direct motion in early October. Because of the ongoing T-square to Pluto from Eris opposed to the new Nature planet, Haumea, there is evolutionary pressure upon us all to make significant changes in our lives, as we can see our way clear to what needs to happen, and as we can muster up the internal fortitude to actualize these inner principles. Pluto is additionally aspected from the two-degree conjunction of Venus with retrograde Mercury in late Virgo, both in close trine to Pluto with their midpoint in a same-degree aspect. There is thus quite a lot of Pluto in this New Moon, the transpersonal planetary archetype of transformative change that has been prominent since January of 2020. We are more than ever being made aware of the personal metamorphosis that has been going on for many months in our individual lives, and, as well, in the life of the collective that surrounds us.

The best way to navigate strong Pluto is to bend to the developmental pressure upon you and surrender to the inevitability of change. We do better when we can acknowledge our soul’s evolution. It is not fate exactly, but the unconscious forces of the Universe and of your own Higher Self that is prompting you to buckle down and keep moving, acknowledging that life itself is change. The square with Eris, active since 2020, is especially significant in this regard. Eris invites us to become more truly ourselves by understanding, articulating, and acting upon our principles and values. When we strive to connect with these at the deepest possible level we are beginning to walk our talk and resolving to express our most authentic self.

In this dramatic New Moon configuration, there is another long-term square, between Saturn (conservative limitation) and Uranus (breathtaking innovation) triggered by Mars in the same degree of Gemini as Uranus in Taurus. Saturn - Uranus remains in close aspect for the next seven weeks, to mid-November. This inherent archetypal dichotomy is currently present in all of us, and can also be observed in the current zeitgeist. We are, as a culture, and as individuals, attempting to channel significant urges for escaping from the limitations of the past and innovating with brilliant new ideas for a better future, while simultaneously allowing ourselves to contract from possibility into the limiting tradition of the way that things have always been. This is choosing the devil that we know versus the one that we do not yet entirely fathom. Another way, though, to see this archetypal collision is to emphasize the positive expression of Saturn with the idea that we can only go so far, so fast, without becoming more cautious and reigning ourselves in, grounding ourselves into what is concretely possible.

All this energy for revitalization and change is taking place in the context of retrograde Mercury, making for a somewhat introspective timing, when we will want to review and potentially revise whatever it is that we think that we have going on. Mars in Gemini is closely trine the limiting archetype of Saturn in this New Moon, as described above, a further indication that things will move forward quite slowly if at all. This is the classic one step forward, two steps backward, then three steps forward again, the whole time making sure that we are getting it right. With Jupiter highlighted in Aries this entire lunation cycle, through the first three weeks of October, there are positive indications that things will manifest as they should in the end; it might however take some prolonged and unexpectedly fraught effort to get there.

The relationship energy of Venus is also invoked, in close conjunction to Mercury in retrograde, and trine to a stationing Pluto. Relationship transformation is therefore in the works this weekend and for the entire next thirty days. There could also be a referent to inner wounding that might well come up for healing over this entire period, and especially around the time of the October 9th Full Moon.

New planets Makemake and Haumea are also featured in the New Moon, with retrograde Mercury being in close semi-sextile to Haumea, herself in square with Pluto and opposed by Eris, while Makemake, formerly conjuncted by Mercury’s retrograde station for this current cycle, is also closely parallel to the New Moon Mars. Right action and right relationship, as well as humanity’s connection to Nature, will therefore be featured as well over the thirty days of this lunar cycle.

And as we examine the current disastrous headlines, both here and in eastern Europe, we must begin to realize that it really is all up to us, that “we are the ones that we have been waiting for.” These are not easy nor simple times, but they do represent a powerful opportunity. It is indeed time – and high time – for each of us to take action, to start to do what we can to turn things around so we can regain momentum, amidst the tangled chaos of the previous culture’s dissolution, toward what might be called the wisdom culture of future decades that is beginning to emerge. 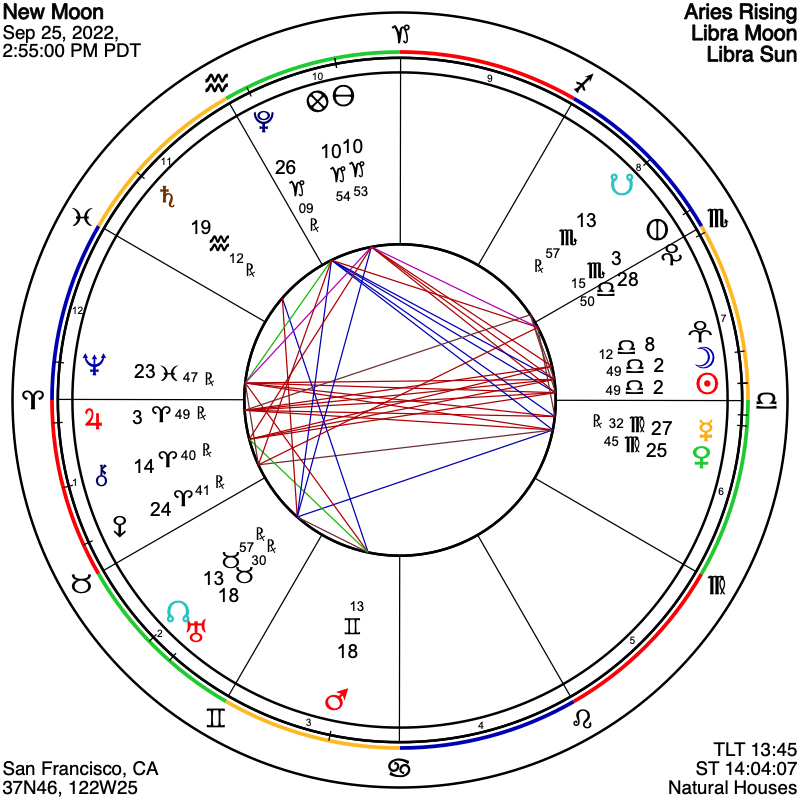 The First Quarter Moon is in Taurus: All day Next Mercury Retrograde
Apr 21 - May 14 Other Announcements
Last updated January 28, 2023