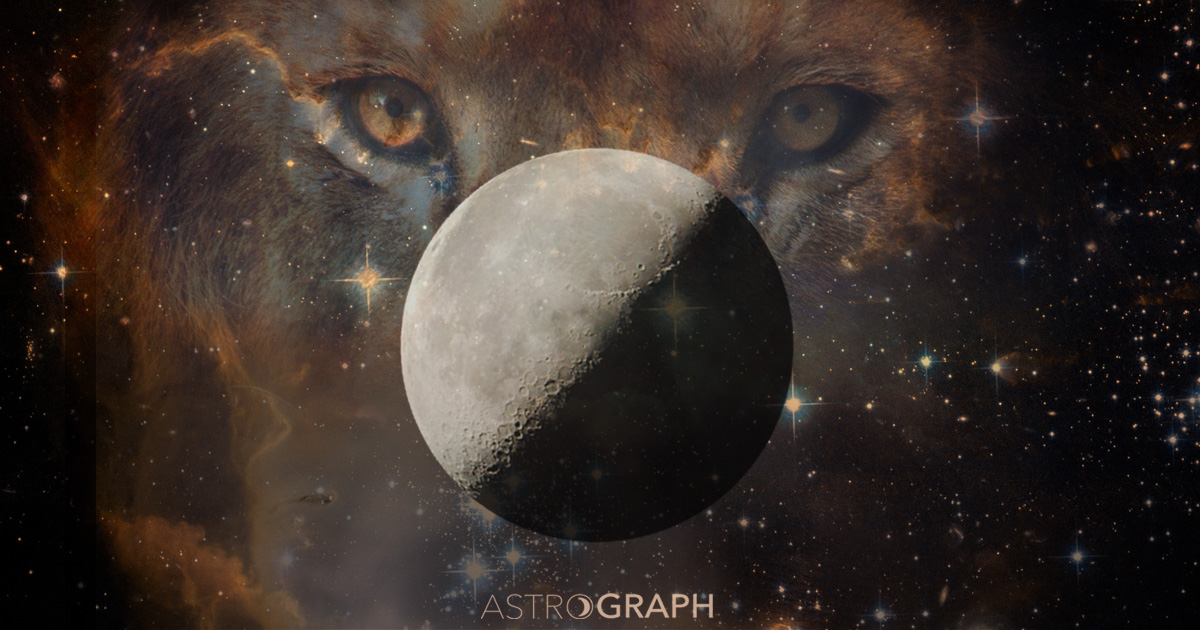 A Last Quarter Moon of Introspection, Alteration, and Commitment

Posted on November 19, 2019 in Configurations |
By Henry Seltzer for ASTROGRAPH Horoscopes

Tuesday’s Last Quarter Moon, taking place at 27 + Leo, in the early afternoon of November 19th for west coast, later afternoon/evening for the east coast and Europe, is another interesting lunation in the midst of these fractious and transformational times that we are currently living through. All the outer planets are active, indicating the essentially trans-personal nature of the changes that we are putting ourselves through, both collectively and individually. By this I mean that we benefit from taking a big picture viewpoint on our own needed metamorphosis, something that will make sense to our future selves when we look back from the standpoint of the decades still to come. What, we will want to ask, was in our best interest at the time, as we grow by fits and starts into the person that we will ultimately become? Where did we see clearly the arc of our developmental growth and move toward it? And where, on the other hand, did we temporarily lose our way, distracted by inconsequentials. Supporting this notion of more cosmically aligned changes that we might be able to embrace, we note that Saturn and Pluto maintain their close parallel, a form of conjunction, even as they slowly approach their actual zodiacal conjunction in the sky, that will perfect in early to mid January at the 22-degree mark of Capricorn. We are currently therefore getting a preview of the even more tumultuous astrological currents of 2020. Along with Saturn and Pluto, in combination, we also find Saturn-Neptune, in close aspect as Neptune stations to direct motion by month’s end, and as well, the trickster energy of unexpected enlightenment represented by Uranus in Taurus, prominent in the Scorpio New Moon that began the current cycle, and now opposed by Mars newly entered into Scorpio. With all four of these outer planets configured in this Last Quarter Moon configuration, plus Eris and Jupiter, which form a grand trine in Fire with the Moon in Leo, we are really in for it, in terms of the confusing zeitgeist that surrounds us, and our own struggle to look within ourselves and to make an effort in the face of this stressful environment to become the very best version of ourselves that we can muster.

The Mercury Retrograde period that has dominated much of this November lunation cycle is coming to a quite significant juncture as well with Mercury’s station to direct motion on November 20th. After this intense moment, the retrograde enters its Shadow Period and slowly fades over the following two weeks, into the first ten days of December. Rather than its end point, therefore, the station itself will represent one peak of this rather potent retrograde, when Mercury will also be making aspects to Pluto and Jupiter. This might have the effect of increasing our conscious understanding of the changes that we are currently going through. In any case this month has been an introspective time, and one in which we have of necessity become more aware of the transformational factor inherent in our human situation.

Because Pluto in connection with Saturn has also dominated this lunar cycle, we are also more committed than ever to making our mark on the world around us, that activity depending also however on being true to ourselves at the deepest possible level. This will become an increasing theme over the following year, so that there is no need to worry if you feel that you are not entirely getting the message; you soon will.

The Sabian Symbols for this First Quarter Moon might be able to shed additional light on the matter at hand. They are, for the Sun in the 28th degree of Scorpio, “The king of the fairies approaching his domain,” which we can take for an announcement of the worlds within worlds that we all encounter with each intake of breath in this fully magical life that we are living. Marc Edmund Jones, who worked with noted psychic Elsie Wheeler to create these symbols in the 1920s remarks upon, “the eternal promise underlying all inner self-realization,” “the competence of inward vision,” and, “the futility of (our) common reliance on people and things (as) mere accident of contact.” For the Moon, in the same degree of Leo, we find, “Many little birds on the limb of a large tree,” which reminds us of the fecundity of Nature and the repeated idea of no coincidence. Jones calls this, “a symbol of the transcendence of the lesser things in life by a continual expansion of higher considerations... effective mobilization of all the unrealized possibilities of (one’s) destiny.” Indeed, as we go through our daily rounds, investing our energy in what we consider to be our most effective way, we are reminded by these symbols here given that attitude is everything. In the midst of despair and frustration at our seeming powerlessness we can take heart in the recognition that we are in another way entirely powerful, and full of possibility. As we exercise our fullest potential that we can manage, we come away knowing that we have done our best, and we may inspire others to do theirs. 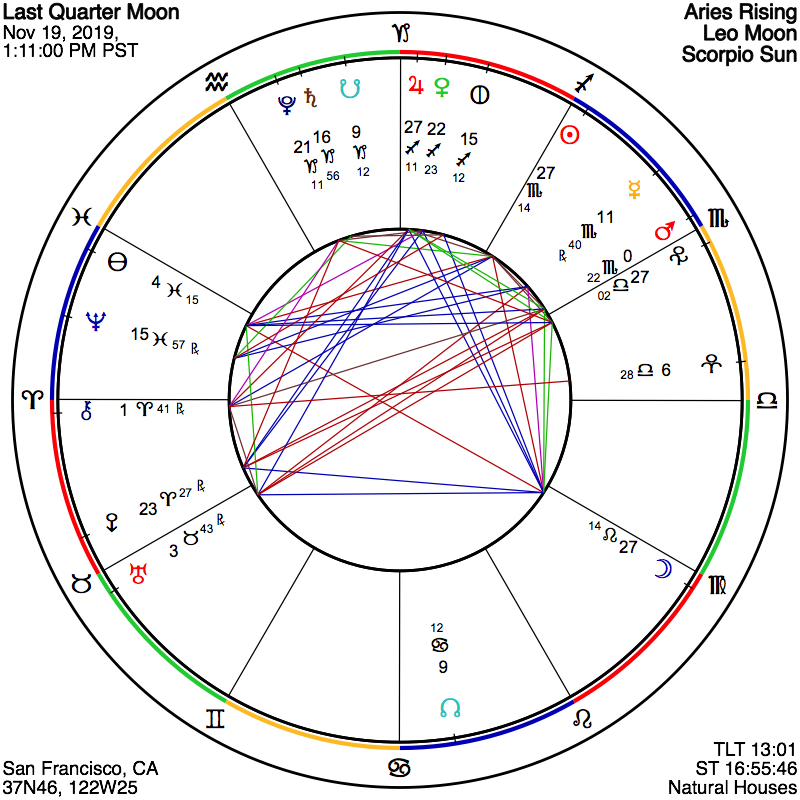