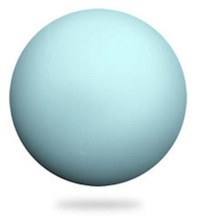 The Subtle Fires of April Astrology

Posted on March 30, 2013 in Overviews |
By Henry Seltzer for ASTROGRAPH Horoscopes

The Astrology of April features Venus, Mars, Saturn, Chiron, Uranus and Pluto. These last four are in relatively close aspect to each other, with the much-discussed Uranus-Pluto square moving to within 2 degrees of exact by mid-month. Regarding the revolutionary symbolism of these two powerhouse planets, the precise months of their exact square aspect this year are coming up in May and November. In early April, Chiron in the same degree of Pisces as Pluto in Capricorn is in thus in perfect sextile with Pluto, while Saturn closes in on a perfect quincunx to Uranus, plus remaining sextile to Pluto and in trine with Chiron. These outer planet combinations suggest that for each of us individually and for the collective reality that we all experience, planetary archetypal principles of massive revolutionary transformation, together with the fear and reactionary pulling back from transformation, are powerfully present for the next two months, and beyond.

The Aries New Moon, taking place on Wednesday, April 10th in the 21st degree of that sign, also conjuncts both Mars and Venus. The Aries line-up at the time of this New Moon includes Uranus also. Regarding Mars and Venus, it turns out that these male and female personal planets are within a few degrees of each other for the entire early part of this month, with Venus beginning by trailing Mars, then passing, so that they are within orb of a conjunction until the 15th of April, when Venus enters Taurus. Mars enters Taurus himself on the 20th but it will be almost two years before they are again as close together in the sky as they were over these first two weeks of April.

Relationship issues take on a special quality over this first half of the month. There is a conscious and an urgent effort to achieve connection, and a testing quality to the connection achieved. It is interesting as well to note that while as the month begins, Venus is in the sign ruled by Mars, while by the last third of the month we find that Mars has entered Taurus, the sign ruled by Venus, which Venus then occupies. We therefore have a two-week period of Marsy relationship energy that is very action-oriented, yielding eventually to a more Venus-like period of relationship in the second half that is rather than urgent, is slower and more peaceful, relating for the pure physical pleasure of connecting.

The Full Moon Lunar Eclipse in Scorpio of the last week of the month, taking place on Thursday, April 25th, is a potent one, since the eclipse Sun is conjunct Mars, as well as opposite Saturn, making it an extra-powerful time of frustrated action, and lessons, while bringing up the urgency of individual desires against the relationship principle symbolized by prominent Venus. This also fights against the requirement to slow down and be less rather than more active, represented by a prominent Saturn, which is conjunct the eclipse Moon.

Chiron, the Wounded Healer, remains in the ongoing picture of this month's energy in its combination with Saturn, Uranus and Pluto. At the time of the eclipse, and also of the April 10th New Moon, it is possible for relationship fears to come up, especially relating to the fear of control either imposed upon you, which might represent your own projected authority, or else imposed by you on another. Either of these situations could be difficult, depending on your prior situation, especially regarding experiences arising out of the ancient past such as early childhood wounding. And yet fear is always an illusion.

There is a great mandate for change that is upon us now, both individually and culturally, so that the fear of change is another significant factor in this month's astrology. We might recognize our dysfunction with certain situations, and yet hold onto it for all that we are worth to avoid the uncertainty of a changed situation that corresponds to the healing of these issues. This is the great conundrum of our times, applying equally to personal relationship wounds and to our society's inability to deal rationally with problems such as hunger, environmental degradation and global warming. Only by somehow putting aside our fear of an unknown future can we proceed.