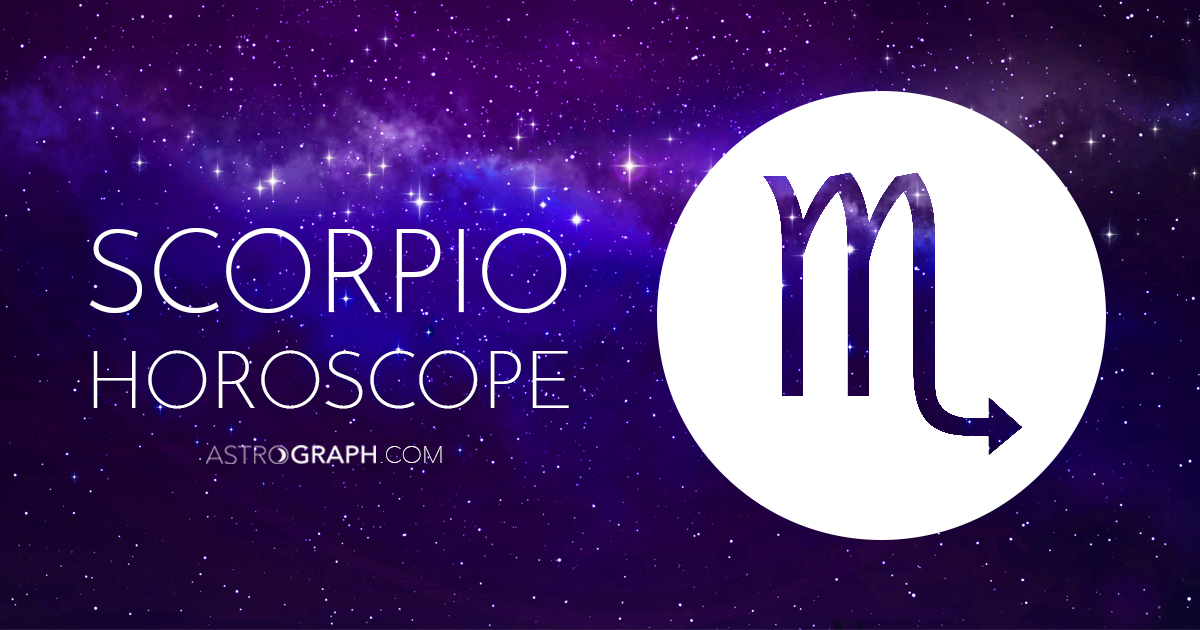 Posted on December 30, 2021 in Scorpio |
By Henry Seltzer and Elodie St-Onge-Aubut for ASTROGRAPH Horoscopes

This month is a distinctly inner one for you, Scorpio, which is in keeping with the general tenor of your sign, but which might be extreme. Venus and Pluto in Capricorn are intertwined from the beginning of the previous month’s holiday season right through to the end of January, with Venus retrograde. Your inner world and associated inner wounding are vary alive for you throughout this timing, Additionally, by mid-month, Mercury reverses into backward motion as well from the geocentric standpoint. Because there is an additional focus for you on communications and thought process of all kinds with the Capricorn New Moon that begins the month, you are, even as you reach out to others around you, literally driven underground to deep interior process that – rather than more surface matters of outer concerns – plumbs the very depths of your psyche. Relationships have been variable and unpredictable for you of late, and this continues and perhaps magnifies in January, as you introspectively revise your understanding of who at base you really are. You could also well sense that there are lessons to be provided by important partners as you stumble more completely into wholeness.


Energy flows where the mind goes might an important maxim for you to in January. In the beginning days of the month, the Capricorn New Moon on the 2nd signals a fresh cycle related to the ways in which you communicate with your entourage and more extensively what information you need to pay attention to. Venus has already been moving retrograde in this sector for the last two weeks which could have prompted you to rethink the ways in which you utilize social media or communicate with others. Your desire to have serious and honest conversations about the things that are important to you could be a big theme for you all this month. You may feel like you need to pay more attention to the essentials, or sort out where you may be wasting too much time trying to be understood. Choose your battles. Verbal and written communications of all kinds should keep you on your toes so that you may have to be more deliberate about your focus in order to keep up. You might be challenging others by asking the toughest questions but you are not one for biting your tongue or putting your head in the sand. The New Moon in Capricorn trines Uranus in Taurus, residing in the part of your chart that signifies your partnerships. Important conversations could bring you to groundbreaking insights. You or someone else could be pushing your boundaries just enough to make significant breakthroughs. The more flexible you are when dialoguing with others, the more progress you can make this month.

Mercury also enters Aquarius on the 2nd and will be stationing retrograde there mid-month, in your domestic sector, auguring a period of realignment as far as concepts of home and family. There may already be themes that are catching your attention at this time related to your home itself, your family, your ancestors or more extensively your early childhood experiences.

From the 4th to the 6th, Venus in retrograde sextiles Neptune in Pisces bringing mystical realignments. Venus then conjuncts the Sun on the 8th which may also color your thinking with romantic longings. Your imagination and creative inclinations are at an all-time high; for best results, these aspects could be channeled into artistic pursuits. Venus conjunct the Sun is a significant moment in Venus’s retrograde cycle and signals the midway point in her 40 day retrograde: a time when important information may come to light regarding attractions, desires, relationships and the pursuit of pleasure. Mars square Neptune on the 10th and 11th continues to exaggerate your longings for pleasure and romantic experiences. This is an illusory influence. You may perhaps be inclined to pursue people who are not necessarily available. Your imagination might rise to the surface and fill in the blanks or you may have a tendency to build castles in the air. Once again, channeling your imaginative qualities into creative outlets could yield great results.

On the 14th, Mercury stations retrograde in Aquarius and will be moving backward through the zodiac for the next three weeks, and then recovering for the following two. Over this period lasting into mid to late February, you may be rethinking a domestic scenario or a situation with a family member. It’s best to give yourself some time to think things through before making any drastic decisions.

The Full Moon in Cancer arrives on the 17th and the days surrounding this powerful event could bring intense conversations. The Full Moon opposes the Sun conjunct Pluto in Capricorn and this could bring a potent incentive to transform a stagnating situation. You could feel a renewed sense of faith and perspective permeating this time. Your beliefs could also be put to the test. Knowing where you stand on important issues could well come up for you now, and you might be more willing to speak up for what you believe.

On the 18th, the North and South Nodes of the Moon enter the sign of Taurus and Scorpio, respectively. This signals a one and a half year period when, beginning this spring, eclipses happen in these signs. The North Node in Taurus could in time emphasize your partnerships and your relationship connection within you, while the South Node in your sign might prompt you to shed old perceptions you have concerning yourself. The next year and a half brings opportunities to let go of outmoded defense mechanisms that have kept you from relating wholeheartedly with others.

The Sun enters the Fixed-Air sign of Aquarius on the 19th which signals the middle of winter in the Northern Hemisphere. Fixed signs are known for their stabilizing and steady influence and the next thirty days could bring a greater awareness of the efforts you need to make in order to bring the stability to you, in case it is what you crave. Mercury, currently moving retrograde in Aquarius, is conjunct the Sun on the 23rd and this may point you to where you need to focus your attention and what steps you need to take.

On the 24th, Mars enters the sign of Capricorn and pieces could start to fall into place. This brings speed and efficiency to back up your efforts. You may also get busy with short trips and errands or with trying to organize your space.

When Venus stations to direct motion on the 29th, in aspect to Uranus in your opposite sign, the Sun square this Trickster energy. Partners show up in unexpected ways that might prove especially informative. Give yourself plenty of time for last-minute surprises at the end of the month as this transit is sure to throw a few curve balls into your carefully laid plans.